Can you believe anybody would do this to a B/W Coupe!

Didn't know if it had ever been posted on here before, so I thought I would share.

Yea, Bob that ones going to be hard to beat! Lol 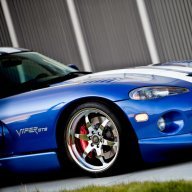 Looks like a test mule for JC Whitney accessories...

Looks like something off that movie Back To The Future.
What a mean and cruel thing to do to such a beautiful car.

I think the tail lights are off a Mitsubishi Eclipse.
You must be registered for see images attach
D

The amazing thing is that the persons who sunk a ton of time and money into that customization process actually like the way it looks over the stock, pure, GTS design.....
N 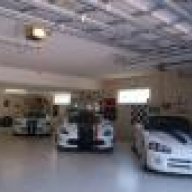 They must vote for Obama---Dave
OP
OP
M

Hey, at least he's got a few people over there looking at it. It's guess its kinda like going by a wreck, you CAN'T HELP but Look! You know if you were there, you'd HAVE to check it out, you never know you may get a few ideas for some mods (if he was a friend of yours, would you ride to the VOI with him if he asked you to! Lol
V

With all those cool mods you would think he would have swapped out the stock wheels.

That better be a salvage title. If it didn't have one before, it does now.
F

If it was Yellow that would have been over the top.
V

Damn, what a travesty!

2whitevipers said:
They must vote for Obama---Dave
Click to expand...

Seriously? Grow up and stop flamebaiting.

"Stop Flamebaiting"? Anyone who would destroy a Viper like that has no brain--just like folks who endorse our out of control National Debt. But at least I'm comforted now that he endorses *** marriage. What a relief that that pressing issue has been resolved, so that now maybe less important issues like the debt, jobs, nuclear capability of North Korea and Iran, and open borders and immigration among other things can be worked on. Oh, I forgot, he's only had 3-1/2 yrs. to do this, 2 yrs of which he controlled both houses of congress. No, I'm not "flame baiting", I'm just stating facts and I'm fed up. Sorry if your offended Viper007Bond---Dave
M

That gts was custom build for Obama.
J

Beauty is in the eye of the beholder....?


Sorry, I dont believe that this is true in this case.
OP
OP
M

I wish there was some pics of the interior or motor, and would definitely love to see how the exhaust looks underneath the car. also would imagine he's planning on keeping this car, cause I could not imagine someone else buying it like that! jmo
W

That rear wing looks like it has 2000lbs downforce in weight.
OP
OP
M

NOBODY has answered my question yet, Would you ride in it with him across country to the VOI?
E

maxdaddy said:
That gts was custom build for Obama.
Click to expand...

(tax payer money for those who don't remember)

looks ok , maybe if it was yellow it would look nice . very modern look

loooool , looks terrible !!!!!
You must log in or register to reply here.