A little progress and a little setback on this one. I ended up bricking one of my sensors somehow in all of the testing I was doing. Must have shorted some pins or put too much voltage on the wrong one or some weird command sent. Especially weird since the sensor is after the splitter box and the splitter box manages voltages and stuff like that, so seems even more unlikely that the problem would have been a bad connection. I guess I could have just insulted it in computer language with some message I sent that messed things up. I still have the second one, but am a bit more gun-shy about just throwing random code at this one now.

That being said, I think I've finally got the start of a program going to read signals on a Windows based computer. I have something that will send a command and read a response to a text box, but at the moment I'm just testing a closed loop where I'm wiring the Tx line directly to the Rx line of the port on my computer, so no sensors involved at all right now. It also doesn't continually update just yet as I'm trying to remember how to code all over again and I never really interfaced with hardware ports to begin with. I can get it to update a text box with a button click though, and I have user selectable ports, so at least that's something. Might try plugging a sensor in again to see if it's actually doing what I want. From there I'd like to get it to the point where you click "start" and it just constantly updates the box as you tilt the sensor. Seems like something within my reach at least, just have to find the right code online to help me figure out how to run background tasks like that.
OP
OP

Well, a little more progress and a little less at the same time. I've got a program going now that will constantly update the readout and works when the cable is looped back on itself at least, but I'm not having any luck actually getting a response from the sensor yet. So assuming I can figure out what is going on there I think there is still some promise in this endeavor. Guess I just have some more signal snooping to do so I can see if I can figure out where the communication is breaking down. 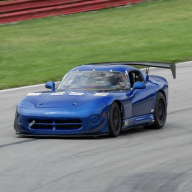 Sounds promising!!
You must log in or register to reply here.

P
Updating my twin turbo Gen 3, have some questions

where to check engine for vin number