Finally got to drive a Viper for the first time!

On Tuesday night, there was a nice run out to dinner with the local car guys. The meeting spot was determined and I headed out with myself in my M3, my brother in his RT/10, and a friend with his Mustang. We met up at Bentley/Lamborghini of Long Island to meet up with another Viper and a Ferrari 360 Spider. While we were there, about to head out to meet up with the rest of the group, I jokingly mentioned to my brother how I have never driven his car before. The last thing I was expecting was for him to do what he did. He tossed me the keys and said "You can drive it to the meeting spot. Its only about a 30 minute drive. Where are your keys?"

After his words settled in, the biggest grin came over my face. I asked him if he was sure, and then jumped right in the car.

Everyone headed over to their cars and we were ready to take off. I fired up the beast and instantly fell in love with the Viper all over again. I already knew that the experience being the driver would be completely different that what it is like being the passenger.

I have a decent history with performance cars, so I wasn't TOO worried. Right now, I drive a full bolt on M3 with some very aggressive gears in it. The car has pulled on stock C6 Vettes numerous times on the low end and should be somewhere in the high 12's on street tires in the 1/4. I have also had some seat time in my friends full bolt on C6 Vette. His best at the track was a 12.25 @116. Still, knowing the nature of these cars, and all of the stories of people getting snake bitten, I knew that I would be taking it easy.

As we pulled out, I ran her up to 3K RPMs and shifted right into second. The exhaust note with just the cat back is amazing. Not too loud but still sounds great. My favorite part was how it sounded while the revs dropped down as I was shifting. Immediately after pulling up to the first red light, I was amazed by the attention the car was getting. It was ridiculous. I hadn't even driven a mile and the person next to me was already snapping a picture with their camera phone.

Once I got on the highway, I knew I wanted to safely get on it to see exactly what she can do. The one thing that bothered me when I was about to do these pulls was how uneasy I felt about the gearbox. The throws are WAY too long for me to feel comfortable with aggressive shifting. So, I figured the best way to do these runs would be by not having to shift at all. I put her in third at about 2K RPMS and got on it. I was so amazed at how quickly the revs climbed and she picked up speed that I did the same thing in 4th gear at 2K RPMS. Wow. I have never driven a car that had that much pull in every gear.

After the drive, the only thing I was thinking about was how much I could part out/sell my car for, and how much the difference would be in a monthly payment.

There were only two things about the car that bothered me. One was how long the throws were with the shifter, and the other was that my head stuck out through the top just a tiny bit. Nothing that a short throw shifter and a seat lowering kit couldn't fix though.

Was the car loud? Yes. Was it unrefined? Yes. Were the pedals close together? Yes. Is there a lack of trunk space? Yes. Is the interior basic? Yes. Did I love every minute of it? **** YES.

For me, the next car was between a Viper and a C6 Vette. When I drove the vette, it left a lot more to be desired. To be blunt, it just bored me. Before I drove the Viper, I was worried that I would be disappointed with this car too. Instead, it was just the opposite. After Tuesday, I have officially determined that a Viper WILL be the next car in my garage.

You must be registered for see images attach
C

Tell Keith that he's a rotten brother! What a selfish dude! LOL
S

Glad you enjoyed. what year M3 do you own?
OP
OP
T

SquadX said:
Glad you enjoyed. what year M3 do you own?
Click to expand...


You must be registered for see images
M

I remember seeing you on Sunday. Great looking car. I was the one with the 2008 red convertable with white stripes. You should have come with me. I was cruising at 140 and i was in 4th. I will tell you that all of your concerns have been fixed in the 2008. This car is just mind blowing
9

Congrats on the drive. M3's are great cars too though. Always enjoyed watching them shred on the autocross course.
B

I've never driven a Viper with a stock shifter, but even with the short-shifter I feel the shifting is too long and bulky. Of course if the ****** was soft and quick, it wouldn't be able to hold all that torque
D

Glad you enjoyed it bro. I figured I needed to get you to get one soon!!!
H

I had a Supercharged 3 series and I liked it very much but it cannot be compared to the Viper in looks or performance. The attention you get in the Viper is amazing to say the least. When you get one, plan on alot of people snapping pics driving freeways, intersections, parking lots, car washes etc...wherever you go! It's a hoot for sure! Come on aboard!!!

Im sure my bro(always been a vette fan) will have the same reaction when he finaly gets to drive my viper.
V

Very good story. Good luck and I hope you get what u want
K

Now your Snake Bitten......you'll never be the same until you get your own snake.....then the "bitten" will be the mods you'll want!!!!
V

Have you started looking for a Viper yet..... 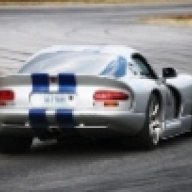 One factor many people seem to not consider is the dollar per camera shot. Our cars, especially the older ones are very reasonablly priced. When you consider the amount of attention they get... well it really just makes all the difference. 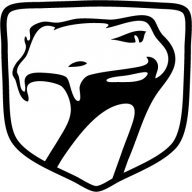 snake bitten is right. sounds like the fangs went in pretty deep, too. i have always liked the m3 and had one on the docket, until i beat the snot out of a jeep srt8 this weekend around an autocross for the srt power party. i myself have been "re-bitten". THY JEEP SHALL BE MINE! amen.
V

Good story D. Just be thankful it was a somewhat stock car and not a big turbo or S/C car. Back in 05 I drove Gerald's DLM GTS and hat a handful that was was, pulled like a freight train.
Now you're officially snake bitten and you'll never go back.
OP
OP
T

Dom426h said:
Im sure my bro(always been a vette fan) will have the same reaction when he finaly gets to drive my viper.
Click to expand...

He definitely will. The Vette is a boring drive compared to the Viper.


Viper4Christ said:
Good story D. Just be thankful it was a somewhat stock car and not a big turbo or S/C car. Back in 05 I drove Gerald's DLM GTS and hat a handful that was was, pulled like a freight train.
Now you're officially snake bitten and you'll never go back.
Click to expand...

I can only imagine how scary one of these big HP Vipers are to drive. I didn't have the guts to stay on it for a second gear pull. Those TT/SC cars must be insane!
D

Venomiss said:
Have you started looking for a Viper yet.....


Maybe he can purchase mine and I get that one.