Has anyone bought or sold on BAT ?

Has anyone bought or sold on BAT ? Is this web site up & up ? For real ? Some of these prices are crazy ?
Thanks

Haven't actually ever bought anything there, but seen plenty of articles about it. I think the place is legit, it just seems to draw a particular crowd lately. I would agree the prices tend to be way inflated for some of the rarer stuff. Don't know if some of that is behind the scenes bidding up or what, but I'm also not the same kind of collector as people that want low mileage pristine examples of a car. Generally speaking I think it's just an auction site, so not that different from Ebay or something. I think the main difference is just that it caters specifically to automotive people, so it has a narrower audience and might get more attention in that regard so you get the "right two people" to run a price up.
U

I recently joined the club and bought on BAT and can confirm I overpaid!

Browse and bid online for the chance to own a Dodge Viper at auction with Bring a Trailer, the home of the best vintage and classic cars online.

I am fine with the price I paid on the actual vehicle but I definitely got carried away and had I been more level headed I would have just bought locally. The amount of fees I have the privilege to pay BAT then a car shipper could have bought several sets of new tires.
9

I sold my ‘97 blue/white on BaT and was very pleased with the experience. Price was right for me and the buyer. Lot of things BaT gets right in the process.
M

I bought my Gen 2 RT/10 this summer and was pretty pleased with the experience; it showed up just as advertised. I knew I was probably going to have to buy my Viper out of state so I was anxious buying a car sight unseen. The photos and listings are fairly pretty thorough and I haven't seen another one for sale with similar miles and as good of condition for as cheap as I got mine anywhere else.

That being said prices on the Gen 2 GTS, esp. blue/white stripes are nuts and you have to factor in BaT's 5% fee, shipping and tax too.
N

I have traveled with BAT for years. Very legit and recently purchased by a national firm. Buyer fees are reasonable and in my case the car was delivered locally for free by the seller. The seller said that he had a reserve higher than my bid but BAT made up the difference to get the sale done. On TV we see Mecum do this all the time. I think I ended up paying a reasonable price for a 1930's high boy. 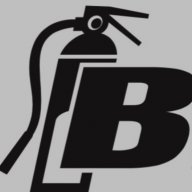 I recently had a bad experience with them as a seller. I had a 2008 Corvette in excellent condition and they were insisting on a reserve price that was way too low. The car was worth 30,000 on the open market but they wouldn’t go above $24,500. Now why would anyone (as a seller) do that?
You must log in or register to reply here.

A
anyone want to have Viper info embroidered on anything

Dec 9, 2022
Razorface43
R
C
Just bought this 2008 Viper from Jacobs Mitsubishi in New Port Richey Florida, anybody happen to know the owner or the history?