I have a 96 rt/10 that Has hesitation at WOT. It didn’t always have it. I noticed it one day when the fuel was really low, I filled it up and it stopped. I believe this was just a coincidence but I’m adding the info just in case. It idles well but on start up it often runs rough for a few at very low idle.

I have put on a new IAC, and cleaned the throttle bodies with MAF cleaner. I have also changed the plugs and wires. Overall it runs much better with all of these things done but WOT is still an issue. It will eventually run ok at WOT but not initially. It’s not a hugely noticeable hesitation but I can feel it and you can tell it’s not running as hard as it should be.

Any suggestions on next steps? It doesn’t throw a CEL.

I bought the car in January from an estate and I have no background info. I removed the stock intake as it was broken and I put on a k&n setup. Feels like it may have a mild cam, but I’m not 100% sure. They did the fuel pump fix in the trunk and other than gears, everything else looks stock to me.

Thanks in advance.
M

I would start with monitoring fuel pressure at wide open throttle. How long has the car set before you purchased it? If you ran the tank low you may have picked up trash in the fuel lines. I would have the injectors tested/cleaned.
OP
OP
R

Not sure how long it sat. I’m going to change the fuel filter and check the fuel pressure within the next week, time permitting. I also posted in another forum and that was the recommendation. Hopefully that resolves it and if not, I’ll be messing with the rest of the fuel system 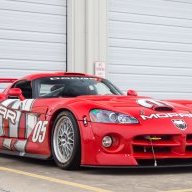 I'm with you on it likely being the fuel filter - you possibly picked up some crud from the bottom of the tank when it ran so low. Good Luck!

Fuel filter did the trick! 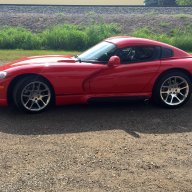 When there is no gas in the tank they all seem to hesitate. 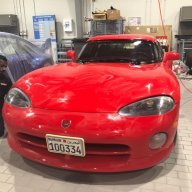 Does a 96 have a MAP? Or MAF?
You must log in or register to reply here.