Looks pretty good. The steering wheel stiching is a bit much, but overall an awesome package.

A factory option for an upgraded interior would be great. The problem with the Prefix interior materials I have seen is they are too shiny and look more at home on a boat than a car. Unfortunately that is what I felt about most fatcory interior colored panels over the years. They just don't look luxurious, but more cheap.

This looks good but personally I would have pulled back a bit on putting it on everything.

Overall it looks okay.
B

Looks nice....just not a big fan of it in the ACR. Doesn't really seem in character with the rest of the car.
C

What shifter is that?? It's dang short!
N

Anyone that says they don't like it must be fooling themselves... the plastic interior from the factory is much better, right?...LOL!
V

Alexarz said:
I don't like it; it has ricey colors and a denim look but I suspect that most people will like it since it is different than the usual. I like the vette interior a lot except for the mattress cover center console undersides.
Click to expand...

JerryTheBanker said:
look what he does with Corvettes.


You must be registered for see images attach
Click to expand...

Absolutely beautiful, aside from the oven mitt console. That screws the whole look.
2

Caravaggio did the seats in my Dad's Z06.

He does great work. These seats are seven years old. They have held up well.
C

Next Phase said:
the plastic interior from the factory is much better, right?...LOL!
Click to expand...


Yes. Because it doesn't cost an arm and a leg and contraire to the cup holder elitists it is sporty and functional. If I want a $15,000 interior I'll buy a Ferrari.

In fact, the current Viper interior is too nice to be in a Viper. They should at least rip out the carpet and headliner.

I can't believe there are people that buy a Viper and expect it to be a super exotic or even want to turn it into one.
C

OMT, how do I clean this Alcantara stuff anyway? Can I use a wet paper towel and be done with it in two minutes or do I have to find a detailer capable of handling a $15,000 interior and leave it with them all day?

Your Viper, I'm glad you like it. But Dodge, I hope you're not listening to these guys and considering squandering important money on interiors rather than performance.
B

Nice work. If you do this to your car, you might as well change out the shocks and put Pirrelli's on it too, because that will soften the ride. I think you would like that better. These are not track cars, but show cars. I think of them as the '******* cousins' of the breed, but I have to admit the stitching looks nice. It won't look as good after spots or sections get dirty (which would happen quickly at the track), that's the down side.

As for my car, I wouldn't mind the Alacantara dash, but that's about it. I think it is easier to vacuum and looks better than plastic. I prefer the Racetech seats, which look good after a quick shopvac. The rest of the interior bits and pieces are going into a box. I wish Dodge had an "interior delete" with no side windows, trim or motors, etc., which would save us both some time and effort.
B

UNRATLD said:
Absolutely beautiful, aside from the oven mitt console. That screws the whole look.
Click to expand...

While I agree with you completely, the quilted look seems to be the current vogue. Check out the interior on the $355k Spyker C8.

Beautifully done for the most part but imho its just too much alcantara and not enough contrast. Carbon Fiber or brushed aluminium on the Guage Cluster and center dash cluster and armrest panel would have been such a beautiful contrast and lend to the ACR's track killer genes. Dont take this wrong this is a ridiculously sweet upgrade over stock.

Id imagine you could offset the added weight with a lighter exhaust already out there. Someone with your finances could probably get a custom Titanium exhaust made, lightweight 11-20lb battery to offset some of that luxury you added. Maybe even could have used lighter racing seats covered in Alcantara to match. I love this kind of mod on a "street" only car as you can offset the weight easily. Not so much for a track car. But thats the beauty of ownership. You get to decide how you use YOUR car Its still an ACR and can still whoop 99% of the cars on a track, now with considerable style.
V

Words don't do this work justice......awesome is all I can say!
C

Some people still don't seem to get that the goal of a car company is to sell cars, not to cater to an ever-shrinking group of track-only enthusiasts. This worked in the early 90's, when the vision of the Viper was created. It won't hold water now. These are the real elitists, not the ones that want a comfortable interior along with high performance. It's sad to see, that although the Viper has been on death's door, these elitists would just as soon see the marque die than have it adapt to the times.

If you are "done" with the Viper, and plan on keeping your "purist" R/T 10 with no windows or the GenII "last of the REAL Vipers", what do you care what they do with it in future generations? At least it will still be around and people will look at your original with awe. Every newer one out there will only be second rate homage to yours. Just like today's plastic contracption to an original ZR-1.

Or, in 20 years, people could say "what's that?" when you pull up, never having seen even a modern one to trigger their memories. Oh, except for those die-hard car guys. There might still be a few around who've seen it in a magazine. It'll be you and a couple of dudes. Nice. And if that's okay with you, remember these same people would still recognize your older Viper as a totally different animal than the plusher Viper with 600HP but a nicer leather interior, traction control, a cupholder that's not in the shifter's way, or whatever you object to.
C

And some people still don't seem to get that to sell cars a company can choose between designing a car for it's faithfull diehard core market or mass produce the same thing every other car manufacturer builds.
N

Chuck 98 RT/10 said:
Yes. Because it doesn't cost an arm and a leg and contraire to the cup holder elitists it is sporty and functional. If I want a $15,000 interior I'll buy a Ferrari.

In fact, the current Viper interior is too nice to be in a Viper. They should at least rip out the carpet and headliner.

I can't believe there are people that buy a Viper and expect it to be a super exotic or even want to turn it into one.
Click to expand...

So something is better because it is cheaper?

Your idea of what a "Viper" should be, is just that, your opinion. We all modify our cars to our own personal taste.

Dodge, and GM for that matter won't ever offer anything this nice as an option as most people will not pay for it. The Carvaggio interior is not an attempt to make the car into a super exotic....it is just a modification. The Alacantra looks great and will hold you in place better than what is available from the factory. Some will think it is over the top... you can't please everyone.

Next Phase said:
So something is better because it is cheaper?
Click to expand...


In the case of a Viper interior that costs 15x more than stock and can't be wiped clean with a wet paper towel? Yes, the plastic is better.

The rest is subjective but I don't see what the big deal is about velvet.

And yes, this is my idea of what a Viper should be. This is a discussion board. We discuss.
N

Very true... I would opt for that cognac interior.

Next Phase said:
Very true... I would opt for that cognac interior.
Click to expand...


I started coming around on the cognac. I think it looks good. But I wouldn't want it because keeping it looking good and clean would be more difficult than black. Particularly with the inevitable scuff marks on the lower door panels.
K

Can't knock the workmanship. But that's waaay tooo much of one material IMO.
2

Cop Magnet said:
One question, though: how much do you suppose all that leather weighs?
Click to expand...


Alcantara is a man made material, not leather if that was the thought.. 68% polyester and 32% polyurethane... and can be 30 to 50 percent lighter than leather.. 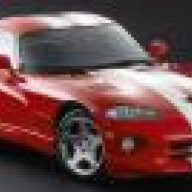 in the VIPER is just perfect.

Wipe off the puke of any passenger in a moment - priceless!
N

Beautiful craftmanship....but in the wrong car...That is something you expect in a car with chicken wing doors and a paddle shifting automatic, that spends more time in the shop than on the road......................not in a purpose built track car
OP
OP
J

Since it's winter up here in the Great White North, it was time to put the kids to sleep! Here's a few shots of them in the bunk beds! Thanks to all that gave me

, just kidding!!! Everyone has there own opinions and tastes and that's whatI like about this community we have!Happy Holidays to all!!!!!
N


Well, that should make you happy.
P

I think your car looks AMAZING! really, really nice work. It is your car and you should do to it whatever you want.
C

Cop Magnet said:
Well, that should make you happy.
Click to expand...