After hand washing my GTS, the passenger wouldn't stay shut, and the door kept unlocking itself (as if you were pushing down on door latch), and now it won't open from the outside. Anyone have a similar problem. Maybe the switch shorted out on latch.


It was just a typical soap wash by hand and water rinse by hose. 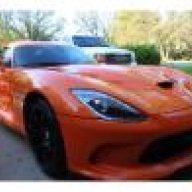 Xhlr8n said:
After hand washing my GTS, the passenger wouldn't stay shut, and the door kept unlocking itself (as if you were pushing down on door latch), and now it won't open from the outside. Anyone have a similar problem. Maybe the switch shorted out on latch.


It was just a typical soap wash by hand and water rinse by hose.

Edited: disregard question as I see you have a 2013.

Haven't heard of anyone else having that problem.
Last edited: Jan 9, 2014 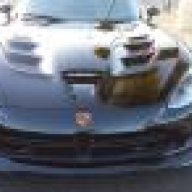 What did you use to wash it? Microfiber, sponge? Could you have inadvertantly pressed down on the handle when you were washing it and gotten some debris in the mechanism? Can you push down on it and use a flashlight to see if there is anything caught in there?
N

Do a search, someone else had an identical issue here after washing. Water got inside the door release switch, I believe.
C

Yep same thing happened with my 2013 gen 5. Happened over and over again continuously for a day or two after washing the car, but just with the driver side door. Door would fly open on the highway multiple times at 75 mph, and also would pop open just parked with the doors locked. Also about half the time the driver door latch would not work at all and I d have to crawl in and out through the passenger side.

Same scenario happened for about three weeks straight. Then, about a week before I was scheduled to drop it off at the dealership to have the electronic door latch switch (or relay or whatever you call it) replaced, the problem suddenly went away.

Now, after 3 months and 15 washes, still no further problems with the door handle.

Weird phenomenon ..... Almost as weird as the brake light coming on half the time I depress the clutch to shift (noticed on the videos taken at the drag strip from the stands). There's no way my foot was even close to the brake pedal - my feet are tiny...
K

mine is doing it to, it's at the dealer now they say it's a faulty switch. they said a new part number has come out as the old switch was susceptible to water intrusion. they are replacing with old switch to get me back in the car and will install new and improved switch when it arrives.
V

This is one issue I don't get why they haven't fixed.
K

ViperSmith said:
This is one issue I don't get why they haven't fixed.
Click to expand...

You're telling me, you could imagine my frustration having this issue with a 14 after what I went through with my 13. This issue was going on then.
V

ViperSmith said:
This is one issue I don't get why they haven't fixed.
Click to expand...

If a new part has come out. Or has been out. That's great. Problem solved. With all due respect to kristopher and his dealer. But, is that absolutely a fact? Hope so. Doors opening by themselves, especially while driving. No doubt is a serious problem. And should of been addressed right away by SRT.
Like with alot of manufacturers. They don't act on it until they really have to. Their reasoning is their not going to have a recall. Fairly quickly anyway. On every problem that comes up. Sometimes they do. Other times there's never a recall. Or it takes years. They just keep replacing the same factory parts.
The Gen V is such a great car. Best viper yet. I am a newbie on the fence about getting one. Because i am suspicious about the issues i am hearing about. Excluding the rear defogger. Will be permanently fixed in a reasonable amount of time. If ever. Not saying i am 100% correct here.
D

Yes this has been an issue on some cars. There is a new part number for both passenger and drivers side door handles, only if you have had this issue. Mark Jorgensen from Woodhouse helped me with this, much thanks.
P

Not happened to my 2013, but did on my mate's 2013 GTS after he hand washed. I am very careful to avoid hard spray around the handle area and also dry same area quickly after wash before depressing the handle for any reason. Car washed it saturday and still no issues.
M

'13 here. Washed several times and driven in the pouring rain... so far without issue.
V

The issue seems to really occur when there is moisture inside the handle. Seems as if some cars aren't creating a good seal
G

I have a 2014 that the passenger door won't open, it has been several weeks since it's last wash and the door did function after the wash
If it keeps up guess I'll take it in.
B

I have this problem on my 2013, after waiting 2 weeks for "the part" I brought the car in to the dealership. They've had my car for over 2 weeks now and the dealer says it still isn't fixed. Very depressing, and to make matter worse they are waiting on a glass specialist to deal with a rear hatch issue I have also. JD
You must log in or register to reply here.

A
First impression of my new TA
2