The 4642617AB is widely available but is listed for the 2003-2010 models and I havent found anything that says it supersedes the non AB version...in fact a few places that sell them say the AB is not a fit. Anyone know the truth here?

There seem to still be some 4643530 available, and again there is also an AB version of this.

I want to stay with OEM and rubber if possible. 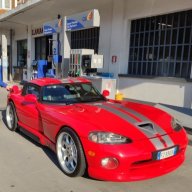 RockAuto ships auto parts and body parts from over 300 manufacturers to customers' doors worldwide, all at warehouse prices. Easy to use parts catalog.
www.rockauto.com
9

He needs the left one(drivers side). Right side can be flipped I think, but no specific Drivers side available.
OP
OP
W

I know that a couple of the polyurethane aftermarket mounts go either side and I suspect this is because the steel safety overlap is internal to the mount, whereas the OEM rubber mount uses an external overlap and is mirror imaged for left/right. They might actually fit either place if one chooses to reverse the sheetmetal heat shield on the side for which it is not intended. I dont know this to be true or if there are actually other build attributes of the 2 mounts that make them only suited to one side.

I am not interested in the cheap RockAuto offered mount as the reviews I have read leave me thinking it is substandard.

Still curious to know if the AB can be substituted for the non AB variants. I would be OK to find them to be a little firmer than the original, which could make sense as they are specified for the more powerful 8.3 and 8.4, but I want to avoid the race car stiffness of poly if possible. I have lots of experience with very hard poly and Delrin bushings on my race car where vibration and noise coupling to the chassis are acceptable for the improvement in control and responsiveness. But this car is a cruiser and is already raw enough for Main Street.
9

I have a set of Woodhouse mounts for sale. What I normally recommend is to use the Woodhouse mount on the driver's side, and a stock OEM on the right. There is minimal torque applied to the Pass side, the working side, Woodhouse. Message me if you need one
Last edited: Sep 14, 2022
OP
OP
W

The Woodhouse is a polyurethane mount, right? How does it compare to products like Reid and Viper Parts Rack?

I would think the AB mount should be fine. If it's the same part number (minus the letters at the end) that usually just means it's a revision and would follow typical supersession rules. I only really get concerned when the entire number changes, though even then sometimes it can still be a direct replacement. Like you mentioned, it might be a tweak to stiffness or something like that, but I would doubt it would be any kind of fitment change.
[
As for the Woodhouse mounts, I actually have a set in my 04. I would say I initially noticed them to transfer a bit more vibration, but I feel like they do loosen up just a bit over time. I also have a cam in my engine now, and it's been so long since I was on stock mounts I don't think I can even really compare in my head. I like a car that rocks with the idle though, but that's just me. They are very nice quality mounts though and have the safety strap built into them internally.
OP
OP
W

Today I ordered a set of the OEM AB variants.
9 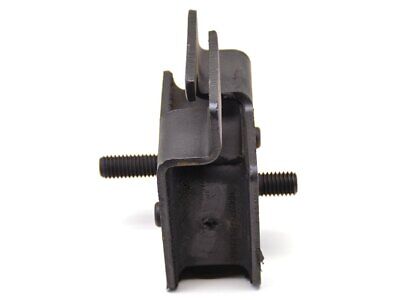 Left Engine Mount (4642617AB) by Dodge OE. If you want to ensure peak performance of your Dodge mile after mile and keep it looking brand new, rely on superior-quality Dodge OE parts and accessories. They match the parts and accessories that originally came with your vehicle, so they are...
www.ebay.com
OP
OP
W

I installed the new motor mounts today as part of some deferred maintenance that includes new head gaskets. The old driver side mount was torn clear thru. The only obvious physical difference with the AB variants is that one of the studs is a bit longer.
You must be registered for see images attach

Wow, good thing you did. Not much left of that one at all.
OP
OP
W

First, From everything I can see, these are both OEM parts. Both the stick-on part labels and the number molded into each rubber block is correct. They dont look like knock-offs to my eye.

The drivers side AB variant mount, other than one of the studs being a little longer than the non-AB otiginal was no problem.

The passenger side...not so. The mount I received seemed OK duriong a brief look, but when installing it something was off and the engine didnt seem to sit correctly. I went back for another look today. The passenger side mount differs from the drivers side not only being a mirror image of it, but by not having a pin on the top side.

A little observation on the design of these: The pin and stud appear designed to sit in opposite ends of the slots on the chassis and engine brackets, effectively locking the mount in the slot once the nut is tightened. The original mounts were oriented so the stud is on the lower end of the chassis bracket and the upper end of the engine bracket. The passenger side omits the pin on the upper side, I presume to allow for a little wiggle room for the likelihood that the tolerances between the chassis rails, chassis engine mounts, engine mounts and engine bracket tolerances on a hand built car need to be compensated.

It turns out that the side of the passenger side motor mount WITH the locating pin has the stud and pin opposite what they should be and to what all the pictures of the new parts show. This messed up installing it to no end. Its going back. I wonder how many like this there are out there...
OP
OP
W

That last post of mine is probably a little hard to follow, but in this world of diminishing Viper parts supplies might still be useful to someone...assuming you can understand the problem I saw with the part I got. The first picture is of the "bottom" side of the mount I received. Note that it is the correct part number for the right side mount. Note the locations of the stud and pin.
You must be registered for see images attach

The second picture is of the "bottom" side of the passenger side mount 4643530AB that comes from the internet, as well as the eBay sellers site I bought from. Note the stud and pin locations. This second picture also matches my old mount. If I install the mount I received with the safety fingers facing forward and the shown side down, it puts the mount too far up on the chassis and the stud on the "top" side will not go into the mount bracket on the engine. I have not heard back from the eBay seller as to whether all his/her inventory is like what I got from them, so I ordered another mount from a different source in another part of the country.

I know on the aftermarket mounts a lot of people will even just grind that little button off on one side because they can be a real bear to install. The nice thing about them the aftermarket ones as well is that they are fully interchangeable since they don't use the finger safety design, but rather an internal interlocking setup, so the whole mount is just a rectangle. It's been so long since I replaced mine though that I can't recall how they came out and what side the fingers were on for either side of the engine.
OP
OP
W

The stock mounting puts the fingers facing forward. That allows the 3-sided heat shield to follow the exhaust manifold which comes down to the rear of the mount.

One of the issues with the lower side stud and pin being reversed is the fact that the upper side (which on the passenger side mount has no pin) stud is now in alignment with the stud on the lower side, rather than being offset. So without grinding off the pin on the lower side and sliding the mount down on the chassis bracket the upper stud wont go into the engine side slotted bracket. I guess in a pinch I could do that, but so long as correctly made OEM parts are available, I would like to not do that. In fact I would be inclined to go to the aftermarket urethane instead and live with the added engine vibration coupling to the chassis.

Notes on eBay sourced OEM mount availability: It looks like there are 2-3 eBay sellers from Garland, Tx. My particular part came from what looked to be a warehouse there so all of those sellers might be drawing from the same stock. ITs possible that all these parts are the same - wrong. I have not received any sort of response from the seller as to the condition of the other mounts in inventory, but I have noticed the number of sellers from Garland listing this part has gone down to 2. At this time there are also a couple sellers located in the Northeast. I bought another mount from a seller that I recognized as associated with a Dodge dealer in Mass. But, assuming their eBay page is accurate, I got the last one they had listed.
Last edited: Tuesday at 9:23 AM
You must log in or register to reply here.

mopar race exhaust on a gen 4?