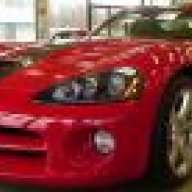 Glad I can start this topic!

Buhler Dodge has been an incredible supporter of our VCA, both National and NJ Region, AND always offers huge discounts on all his inventory.

Am I allowed to mention other vehicles for my family/business?

Product Service Quality - 10!
Customer Servie - 10!
Would I purchase from them again? ABSOLUTELY!
S

Well, as the FIRST Viper Sale fronm this store was done with me, I can tell you that these are the most honest dealership folks i have ever dealt with.

Go back to 1990. A sales manager named Gregg Graf told me he could get me an early Viper and that he would be able to get it at sticker. I send in my $5,000 Deposit, he sent me a sales form with a TBD in the price line.

1992 gets here and Gregg says that they are not getting one, but will have an early 93, did i want that? **** yea I say, but at that point he could not send out a new contract as something was happening in the order system.

April2 1993, the phone rings and Gregg says, "your Viper jsut got off the transpot, we have it roped off in the showroom. The owner is going to call you to discuss". Now I have been reading horroe stories for a year about people who had conracts yet dealers sold the car to others to get the higer "adjusted market price". Now i have never met Darren Buhler at this point so I am thinking the worst.

I tell Gregg, "I will get the pick up arranged right away as I do not want that Viper sitting there". Then about two hours later my phone rings again and Darren introduces himself. My stomach is turning, and Darren starts his speach:

"Steve, I can't tell you how excited I am to have this in our store. In fact I actaully had someone offer me $40,000 OVER list price for this Viper. I have a deal; with you and have had one for three years now, so I am asking you, would you want me to sell this at $40,000 over this price to someone else and split the profit with you"?

Well that last part shocked me, the fact that I would be ASKED and then even INCLUDED should I elect to go that route. This is the kind of quality peopel that are part of this group. They treated me like family without ever meeting me and even gave me a choice in the decision. I know today it does not sounds like much, but when some of these early Vipers sold for over $200,000 you have to know that being treated liek this was not the norm!

Anyway, I told Darren that this was a life long dream and I had to get it now, as waiting since I sent my first check to Chrysler back in 1989 had been long enough. Plus I was getting married a month later and who knows what decisions I would make at that point.

So i got my Viper at the agreed to sticker price without any worries, and that is the kind of dealership you get when you go to Buhler!
You must log in or register to reply here.