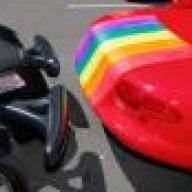 Make sure and checkout all the amazing auction items!

For larger pictures and more detailed descriptions of the auction items please visit:

You must be registered for see images

Check www.pirelli.com or www.tirerack.com for Pirelli tire size availablity for your particular car or suv.
D

it doesn't start for over a day but there are already bids? how does that work? 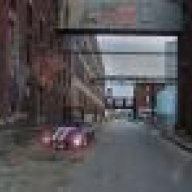 If I win the bid, are the items located in Ohio? I plan on coming up for the Mopar Nats and hoping I can pick them up then to save on shipping cost.


99 R/T 10 said:
If I win the bid, are the items located in Ohio? I plan on coming up for the Mopar Nats and hoping I can pick them up then to save on shipping cost.
Click to expand...

Items like the clutch system, wheels, brakes, tires, programmer, luggage, and the Viper GTS artwork will be shipped directly from the manufacturer/distributor.

The gas pumps, traffic light, JD Gen V Barrel, Viper office chair, and helmets can be picked up in Ohio at the Mopar Nationals or even another agreed location. Not a problem.


Darth Menace said:
it doesn't start for over a day but there are already bids? how does that work?
Click to expand...

Proxobid allows for pre-bidding, this gives anybody the opportunity to bid on an item.

A good example would be if a bidder is unable to be online or at the auction itself during the sale, they can still bid their maximum amount and still participate.

How does the Ohio region get Thousands of dollars of Wheels and Viper seats from Viper Parts Of America year after year when other regions get nothing.


jjco said:
How does the Ohio region get Thousands of dollars of Wheels and Viper seats from Viper Parts Of America year after year when other regions get nothing.
Click to expand...

We have been doing a large auction the last three years. As you can see a number of vendors, Pirelli, Hoosier, Bad Boyzz, Carbotech Brakes, Corsa, etc. donate large auction items worth many thousands of dollars. It is called advertising.

Maybe what is appealing to our Ohio Region supporting vendors is that we include every VCA member, in every region, in the auction, not just one single region.

And you may also notice that Dominik's Racing Suit as well as the JD barrel that Herb Helbig donated is going to charity.

And if you want to get big sponsors like Hoosier, Pirelli, Corsa, etc. you do like I do. Get on the phone and do start doing the leg work.

What about the Chair

What about the chair, Jim? I got it the same way I got the Pirelli Tires, Corsa Exhaust, Carbotech Brakes, Bad Boyzz clutch, etc.

Pick up the phone and call or email them. Show them that you have a track record of doing auctions and including all the VCA regions worldwide.

For instance, as with Corsa, show them that you don't give away a Corsa exhaust away as "door prize". If that was the case, Corsa would give you a T-shirt as a "door prize". Show them that you are going to give the vendor's product maximum exposure to as many people as possible. VPA is just like any other vendor.

These auctions aren't put together in a day. My VCA Ohio members work very hard to put on these and it takes months of preparation.

Oh and by the way, we even auctioned a hood for one of the Texas VCA Regions a couple of years ago. They were in need of money and they asked us if we would help them out. They new we could give them maximum exposure. We auctioned it off and got $895 for their hood. Every dime went right to their Texas region, Ohio kept nothing and we even ate the auction site fees.


jjco said:
How does the Ohio region get Thousands of dollars of Wheels and Viper seats from Viper Parts Of America year after year when other regions get nothing.
Click to expand...

Hi Jim! We believe that this was posted in the officer's section last year, but here is a refresher:

Viper Parts of America donates parts based on a number of factors, starting with the most important one - you have to ask. We don't know of a single region that has EVER been turned down for a request, although we ******* up with Motor City last year and personally apologized for that oversight. We have since made up for that ***** up, as they will attest. With that request we review the size of the region, ask for the size of the event itself (number of attendees), how the items will be distributed (door prizes, auction, etc.), and how the funds will be used.

The logic is simple: If the region is simply giving away door prizes we will send more smaller items so everybody gets a chance. If there is an auction with a lot of attendees, such as Ohio, we will send a bigger item to help them raise funds. If there are only a handful of attendees but still an auction we will send some decent items that should help them raise money, but not necessarily something big like a wheel set. If they say they are only raising money to cover the cost of the event itself, we look at what those costs are and try to send something that will help with that as well.

So far this year we have sent Viper office chairs to Maryland, New York, Motor City, Ohio, and Illinois. We have made other donations to all of the other regions that have requested them including Oklahoma and even Switzerland. There has never been a single request from Colorado/Utah. We have donated over $10,000 worth of parts so far this year.

As for Ohio, the chair was donated to their region, while the wheels are actually a donation to the national club - as are the set of 2013 wheels we are donating for the upcoming VCA raffle. Illinois has a larger gathering than Ohio and so they received more stuff than Ohio - as they always do. Make sense?

Feel free to send an email to us at [email protected] to let us know about any upcoming event where we can help you raise money for your club or charity. Happy to help! 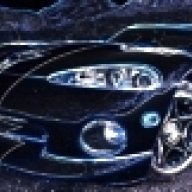 Why would you post such a question on the forums and not just pick up the phone and call VPA or e-mail them?

Kudos to the Ohio Region for going to the efforts of putting events like this together. It takes a lot of hard work and contacting sponsors is just a part of it.

Fantastic stuff for the membership as well as for Charity, Region, and National and they are an inspiration to the other Regions to do something similar. Randall has offered to give direction to any Region that wants some tips, etc.

Do you have any big events coming up in the next few months that you can promote? Now that would be a fun post from you to read about.

You have had some great ones in past summers.
V

All for charity and some great Viper Memorabilia whats not to like i'm in.....
G

Would this be a tax-exempt donation? What is the money generated by the autction going to be used for?


GTS Dean said:
Would this be a tax-exempt donation? What is the money generated by the autction going to be used for?
Click to expand...

All proceeds go to:

Seriously:
Donations will be going to various parties including the Dan Knott Memorial Scholarship Fund and Shriner's Hospitals for Children. Check the individual items to determine which group is benefiting.

As for the local club, VCA Ohio is a non profit 501(c)7 club. Check with your tax preparer or IRS regarding tax deductions.

Funds raised from VCA Ohio auctions help to support the club events, unless otherwise specified funds being donated to charity.

Winning bidders will receive a receipt.

It says the items are located in Dublin, OH. Is that at the auction website's address or the Ohio VCA address. Is local pick-up available? 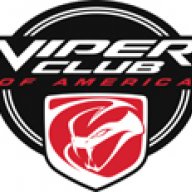 Last day to bid on these great items!
D

Is local pick up available


You must be registered for see images attach
[/URL]


You must be registered for see images attach
[/URL]

You must be registered for see images attach
You must log in or register to reply here.