When will the Gen 5 Hotwheels hit the retail shelves?

i look about once a week and have seen nothing.

Got mine at Barrett Jackson... Good old So Cal...

Got mine today through Ebay, however I thought I was getting the NYIAS version without the stripe but instead got the retail version. Kinda PO'd however I just noticed my card is different than 1HOTV10's. Mine does not feature that scan thing in the upper left corner of the card.

eucharistos said:
my son got me one today (they only had one) at target just like 1HOTV10's above

Thanks for the update. Looks like I'll check out Target tomorrow. I tried Wally World yesterday and had no luck.
P

The SRT guys have a bunch of them. Seems that Hot Wheels was on their "S" list for releasing their model car before the reveal of the real car. SRT had them spring for a bunch of the models for them to give away or auction for worthy causes.

If you make nice to the SRT guys, maybe they can lead you to where you can obtain one.

Please do not go around pestering these guys for one, but you never know when one may come your way.

Much better story as to how you got one for your collection. Much better than saying you got yours at K-Mart.

Think Ralph has also been known to give them away as gifts to some of the charity recipients (kids) for some of the many charities SRT supports.

Believe this will go into the SRT trivia lore.

In the past VCA had commissioned Special models to provide as a thank you for Regional Presidents, Zone Directors or DAL's. Usually presented at annual meetings.

I have a VCA Zone Rendezvous Board Meeting in St. Louis 2005 Green RT/10. It is a one of 60 produced. These small tokens of appreciation are much treasured by the unexpected SWAG.

They also made a Maisto orange, or Copperhead 03 Vert with special inserts.

Often they become available for sale at VOI's.

Collecting Viper memorabilia is a fun and rewarding hobby.

I believe Maurice Liang and some others are donating many items to be showcased at the new Viper Cafe in the downstairs museum at the Chrysler Tech Center.
C

they should make a vca edition die cast, only made for members. with special colour paint.
I

Chad, did you get one yet? WalMart (here in Abilene) had a large box full of Hot Wheels, and I spent 20-30 minutes sorting through it and found 10 blue Comp Coupes and 9 2013 Vipers. PM me your address if you still don't have one.
V

Chelseasnake said:
they should make a vca edition die cast, only made for members. with special colour paint.
Click to expand...

Didn't they already do that by handing out solid colored die casts to those who attended the New York unveiling?

I do get what you are saying though and agree that a second VCA edition would be cool.
M

I hit up the Walmart by the Mopar Nats and found more than I wanted and I took 10!
I

Despite their color being red

Mopar Boy said:
I hit up the Walmart by the Mopar Nats and found more than I wanted and I took 10!
Click to expand...

InjectTheVenom said:
Despite their color being red

not trying to be an instigator, but...
sounds like you're up to no good with those.

Yes ITV, they are currently red.
I

Just got off the phone with a friend of mine who just picked up 7 of them for me here in Omaha.

InjectTheVenom said:
Ah you are going to do it like I did and take them to a body shop that will paint them in actual Viper Race Yellow
Click to expand...

Pffft. I am my own body shop.
I

Lol ok in that case I look forward to the result 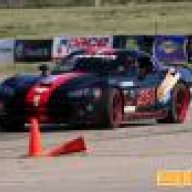 I have also been buying them up here, got 18 so far and have been giving them to the kids that come through the dealership, talk about a real hit with the kids! Now I have to close the door and give them like Halloween candy LOL.
B

I finally found one today and ripped the package out of the 4 year olds hands and ran down the aisle. The package has a slight tear in it.

lol
Bruce
You must log in or register to reply here.

Yesterday at 5:34 AM
cothrelo
C