I have read through this forum, other online resources, and the vehicle's service manual...only to be completely unsure of how to proceed and which part(s) to replace. I have embedded a link below of a video of my particular issue as it unfolds. Any assistance would be appreciated, even if it makes me look stupid. Thank you all 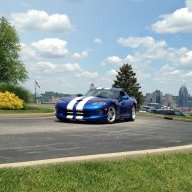 Location
off to get a Beer

Try video again with the windshield wetted down. To me looks like 22 year old wiper motors and blades running on a dry windshield. Which by the way may also scratch a tough to find and replace windshield.
Ky

Fair, and I shall. But those are brand new blades, and the very same happens in the wet
A

Did you remove the wiper arms or just the wiper blades? Because it's obvious that there is some adjustment needed. I have a huge writeup in the service manual on this but it's better to narrow it down if possible.

I followed that exactly, I have the same manual. Parked blades are properly spaced from the cowl and from each other. And the torque is to spec.

Anything else you see?
A

Glad you have the manual. Have you done the 3 tests in the manual for the Wiper Motor, Switch and Wiring?

Here's my train of thought.
- The driver motor seems fine on outward ****** and stop.
- The passenger motor seems to stutter on both the outward ****** and stop.
- The controller is fine since it is trying to do the best based on its inputs.
- Assuming the above to be true, it's either a bad power connection or a bad syn signal at the passenger motor.

Make sure you have a good battery. Unfortunately, that's all I can deduce at this point. Let us know how it goes.

I have not had the chance to check connections yet, but I did run two back-to-back tests with the windshield wet (as requested). Those videos are below. 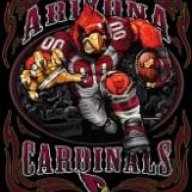 You think its the motors that are bad or just need adjusting? 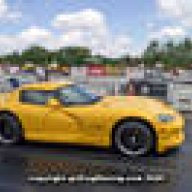 You may have a bad wiper control module or one of motors is going bad causing them to get out of sync. I know the fronts on Gen 2 are both minivan rear wiper motors from the same model era.
A

I had the same issue years ago. If I remember correctly, one side has a positon sensor and when the blades meet your sensor isn't working correctly. I know I was able to Frankenstein a setup back together much cheaper than buying a new unit but it's been so long ago I can't remember how. I think the motor is the same for both sides but the mounting bracket is different. This issue is a pain to deal with and you REALLY need a service manual so that you're going down the right path.
A

My memory of issues posted on the forum was that if there appears to be a problem with one of the motors, then it is usually caused by a problem in the other one.
L

I am not a viper owner yet however this seams to be a major issue with them. Of the 3 I looked at with under 30k on them 2 have had this issue. I have done a lot of research on this problem. So here goes.
It is one of these issues.

Most likely cause is the Passenger side motor. This motor has the brain in it.

Then the drivers side motor.

Then the timer which I think is in a false floor under the passenger footwell area.

Tighten the nut holding the arm to the stud. Was it loose don’t go nuts a turn or so?

Lastly it could be wiring related but these cars don’t see much bad weather but u never know.

Some have been able to fix there bad motor. I think the magnet that senses the wipers position fall out. (But I am not 100% on this). There is a procedure in the repair manual which explains how to test for which motor is bad. I hope this helps.

For now remove the passenger wiper arm from the post.
At least u will be able to get buy with the drivers blade if u get stuck in the rain.

Could u do me a favor and post a pic of how the wiper motors are mounted in the cowl area. I cannot find a pic of there location anywhere and are they easy to change or a project?

Over the weekend I disassembled the wiper system again and conducted the tests outlined in the service manual to evaluate the motors and the switch, all independently. I did not have and still do not have any suspicion that the wiring is at fault, and as that testing procedure involved leads I had not prepared, I skipped that test.

The switch tested fine, no faults. I removed the control module and gave it a gross inspection; nothing caught my eye on the board. I also didn't really suspect the control module. I tested the motors individually, connected directly to a power source via test leads as described in the manual. The driver's side motor appeared and sounded robust and responsive, especially when compared to the operation of the passenger side motor. When tested, especially on the high speed terminal, the passenger side motor looked and sounded sluggish and responded poorly.

Satisfied with my testing results thus far, I have ordered and await the delivery of a replacement OEM passenger side wiper motor. (MOPAR part number: 04643065)


Lalmeida617 said:
Could u do me a favor and post a pic of how the wiper motors are mounted in the cowl area. I cannot find a pic of there location anywhere and are they easy to change or a project?
Click to expand...

I will update this thread with my results.

After service manual testing procedures (as outlined above), I concluded (apparently falsely) that the passenger side motor needed replacement. I purchased a new passenger side wiper motor and installed it.

Sadly, I'm still getting interference between the wiper arms (I have adjusted the parking locations of the arms within and outside-of the guidelines in the service manual) and slow, stuttering operation of the passenger side wiper.

I'm a bit at a loss; considering replacement of the control module.

Good question, and I addressed that yesterday with another test. I did roughly what you suggested, using both the old and new passenger side motors in place of the driver's side motor. And regardless of the setup, the motor on the passenger side still stuttered at, apparently, the same spots as always. I don't have another controller, but I'm leaning towards replacing it if I can get my hands on one.

Also found a small oil leak yesterday, from a quick glance I can only guess at the oil pressure sensor being the source. I've never had any such issues before, so now there's that.
L

Were you able to fix this issue? If so, what was the resolution?

I thought I had updated the thread, I'm sorry!

Yes, I was able to fix the issue. After speaking with Jon B at https://www.viperpartsrackamerica.com we settled on trying to fix the problem by replacing the driver's side wiper motor. He insisted that he has very rarely seen the control module be the culprit and that the perceived misbehaving wiper is operating sporadically because the control module is trying to keep it out of the way of the actually defective wiper motor, which appears to move through its motion just fine (presumably ignoring the instructions of the control module).

I received the driver's side wiper motor, installed it, and found my wipers to be operating perfectly. He was right!

So, solution found, system functioning perfectly...right as my car has begun to leak like a sieve, go figure. But that's a separate issue. I was caught in a single freak raincloud on Sunday, and the wipers worked perfectly. I was delighted.
L

Dumb question I know, but is there a difference in the wiping pattern between year models?

On my 96 GTS, the driver side wipes 2 times more often than the passenger. They don't contact each other, they just don't perform according to the video you posted, and the video of Doug Demuro's 97 GTS wipers.

Was just wondering if there indeed were a difference.

Just watched Doug's video again for reference, and I believe my wipers (now fixed) work just like his did. I can post another video of mine when I get a chance. You should post yours for comparison.
L

So here's my wipers sequence on my 96. Definitely different

lane_viper said:
Dumb question I know, but is there a difference in the wiping pattern between year models?

On my 96 GTS, the driver side wipes 2 times more often than the passenger. They don't contact each other, they just don't perform according to the video you posted, and the video of Doug Demuro's 97 GTS wipers.

Was just wondering if there indeed were a difference.
Click to expand...

The wiper motors and control module are the same part numbers for 1996 & 1997 according to the online parts lists. 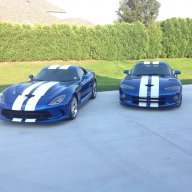 I have THE same issue on my 96 GTS, What is the part # for the drivers side wiper motor if you don't mind
A

ddmrk said:
What is the part # for the drivers side wiper motor if you don't mind
Click to expand...