Back in the saddle again

So after about 6 months of slowing rebuilding my engine I finally got it back on the road. A big thanks to Dan at Viper Specialty and Prefix for all the help and parts over the course of the build!

Long story short, spun two rod bearings at a track weekend in June. Got the car home and torn apart in the following weeks and the block and crank to their respective machine shops. The block looked good and still had acceptable cam journals, so that was a big bullet dodged. The crank cleaned up with a 0.010" cut on the journals. The two rod and piston assemblies were pretty discolored from the heat and got replaced with factory parts from Prefix. Put in new rings, bearings, and seals all around while I was in there and since I had 125,000+ on the engine.

The valvetrain was where the biggest changes happened. Got a new factory timing set, but ended up reusing my old cam gear due to cam timing issues. Also ended up with a complete new set of slow bleed lifters because I had one bad lifter and finding a single stock replacement was half the cost of a full new set. When I went to put the factory cam back in I found a flat spot on one lobe where it looks like the lifter was lofting. Don't know how long it had been that way, but that opened up a whole new can of worms regarding what to do about a cam. Ended up with an NAS1 cam from Viper Specialty as I was wanting something stock-like, but more fun. I debated a full heads and cam build, but ultimately know that I would rarely use the power aside from the one track weekend I do and I didn't really have the money for the added cost at the time. An aftermarket cam was similarly priced to a factory replacement, so it seemed like a good enough deal. It did mean new valve springs and pushrods though.

The biggest challenge was actually just getting the engine in and out of the car. My hoist isn't long enough to pull the engine from the front without removing the bumper and other things up there, so I ended up managing to pull it from the side, albeit awkwardly. It was nice to finally clean up all the mess I'd made from leaking power steering issues over the years though, so that was a side benefit to the job. Bought a bunch of the Miller service tools as well to rebuild the engine but was annoyed that I ended up having to modify a few and get more that that service manual didn't mention. Still nice to have the actual tools though. The timing gear puller and installer got plenty of use as I fought and fought to get the cam timing right with some offset crank keys and mixing and matching old and new gears.

Fired it up a week or so ago for the first time and it was great to be able to drive it again. The new cam is pretty mean sounding too. The exhaust pulses are super strong out of the pipes now and it seems quite a bit louder than I remember at idle. Getting some break-in miles on it now and then planning to get it re-tuned in the near future to smooth things out. The custom tune I have on it now seems rich to my nose and really doesn't care for the cold that much. It's been so long since I've driven it that I don't remember quite what the powerband felt like, but the bottom end feels really strong on the new cam as well. Looking forward to seeing what numbers I get on a new tune. Will also be swapping the oil pan over to the swinging pickup gen 4 style early next year before I take it to the track again. 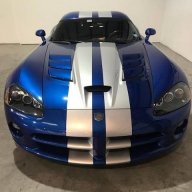 I know this feeling well considering I'm on the third engine in my Gen 4. It always started for me with deciding to do some minor bolt on and before it's over I've got 1000 + HP and trying to figure out how I can get more. Glad to hear you got yours back together and getting some use out of it. Feels great I'm sure especially since you did a lot of the work yourself.
OP
OP

Yeah, it's a funny mix of stubborn, cheap, and paranoid. I know I can physically do the majority of the work myself and I would rather buy a tool to do it myself than give it to someone else and just hope it's done right. At the same time there were a few moments when I was ready to put everything in a box and send it somewhere because I was tired of all the stupid little stuff I kept having to deal with like my cam gear puller being too thick to get behind the gear and the insert that goes in the end of the crank to protect the threads actually flattening the top threads because it wasn't long enough. Ultimately I'm too cheap to send it to the people I would trust to do it right though. When I first broke it people were telling me $10k+ to get it rebuilt. I think I spent $5k all together and that was even including buying the tools. Is it as factory perfect as it could be and built in a climate controlled clean room? No, but I took my time putting it back together following the service manual and checking and torquing everything along the way and staying as clean as I could in my garage, so I'm happy with it. I have nothing against professional shops and I think they do amazing work and would love to be able to send my engine there if I had an unlimited pocketbook, but I also know that ultimately this is going to be a street engine and I wanted to reuse as many stock parts as I could as I know they will last. I suppose time will tell at this point.
You must log in or register to reply here.