Am I Viper Candidate

Just sold my 1962 corvette after owning less than a year (another story). Always loved the looks of a Viper and I can buy a nice Viper for less or the same money that a decent 62 costs these days. So, I'm rethinking what TOY do I really want to own.

Owned a 2018 Corvette GS with my son in late 2018, but sold my half to his father-in-law 3 months later, as although it's a stunning technological wonder, with more power than I ever owner before, when parked in my garage (any car I buy will be there 90% of the time) it just didn't put a smile on my face.........I really didn't like the looks. Acceleration was exhilarating, but you can't go around zooming all the time and at the wrong time could cost me my license. So, the car I get has to be fun and exhilarating to drive and yet make me smile and proud to own sitting in my garage. I think the Viper would do that.

The 62 did that, but is a very basic ride. Unless you get a modified car, there are no creature comforts at all. Just a great visceral ride for nice days. At 70, I'm thinking of more comfort, to go along with the visceral ride. Son is a performance ****** and has owned more Porsche's of all flavor in the past several years than I can remember, along with "R" versions of Honda's, VW Golf's, and a lot of other new performance cars. So, I'm sure he will enjoy the car and he'll get the car when I'm done.

So, I love the looks of the Viper, actually the late 90's RT's looks the best to me ( I want real windows), because the just ooze style and performance sitting still, but the 2003 and later convertibles look very nice too and I would expect they are a more civilized ride. I don't want the coupe, as I would like to drive with the top down or at least the roof panel out.

So, suggestions on what model to buy. Are they a handful on the road? Are they maintenance hogs? I know they don't have any of the traction controls of the new corvettes or many other performance cars, so a Viper would have to be respected and not driven like a 16 year old in daddy's car, but is it docile enough for a casual cruiser. I'll just be tooling around on nice days, maybe 1000 miles a year or so.

So, Snake owners, am I a Viper candidate or should I look to something else. You guys have more experience at this than I do, so I would appreciate some honest, straight forward comments, you won't hurt my feelings. 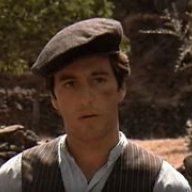 I am in you age group. I've owned many Vettes from the 60's and 70's including 427 and 454 big blocks. You will love a Gen 2 Viper, either GTS or RT10. My 62 Vette drove like a tank. The Viper is an exceptionally well-handling sports car but the accelerator pedal must be respected whenever the steering wheel is turned. Unless you are talking a 454, it feels nothing like a Corvette because of the Viper's extreme low-end torque. A test drive with one of the Viper owners in your area will convince you.
OP
OP
B

Thanks Frank. I intend to approach the local Viper club and try to find one to drive, but found this forum and wanted to join and get comments. Absolutely right about the 62's, its a nostalgic ride and that is why I bought it. Does drive like a tank and even a squirrelly tank with the 1949 king pin front suspension...but it was purchased for the nostalgia. Your Vette experience runs much deeper than mine and sounds like you've had some very nice cars. A BB 65-67 is also up for consideration for the next TOY, but I could just about buy a family of early 2000 Vipers for the cost of one nice BB roadster.

Gen2 is a new term for me, so I'll look it up. Since your tagline shows what you've owned and sold and they mostly look like pre-2003 cars, I assume these are Gen 2?

How do you feel about A/C since you've had it both ways?

Thank you for your comments and I will do as you suggest.

I found a great site that explained the different generations with photos. Seems the GEN 3 has a more series problem with cabin heat due to exhaust crossover. But, how is the cabin heat in the GEN 2 and GEN 4 as I've always heard the cabin is hot and the center armrest too hot to be comfortable even with the A/C going. I like the GEN 2 for looks and the GEN 4 for improvements over previous models. ABS and Limited Slip differential are great items to have. A/C is a must.

Butch, it sounds like you've discovered the GEN 2 Viper was built 1996 - 2002. It's my personal favorite from a styling standpoint and that's why I still own one. The convertible version is called RT10. The coupe version is called GTS. They are very different body styles so you need to spend some time looking at pictures. The GTS is far more aerodynamic and far superior for track use. The RT10 is an aerodynamic pig but I find the styling much more interesting and more fun to drive. GEN 2's have more horsepower and far superior handling than the GEN 1's. All GEN 2s came with A/C unless you ordered an ACR with A/C delete; this was a car intended for track-only use similar to the old L-88 Corvette. I've never experienced cabin heat issues, even in Arizona. My favorite driving time is in the RT10 with the top off during the summer. The A/C in my 99 RT10 is so cold that it is uncomfortable at times, literally ice cold. ABS started in 2001, it significantly improved stopping distances. You are correct about prices...you can easily purchase two very nice GEN 2 Vipers for the cost of one mid year big block vette. That makes the choice easy for me. The GEN 3 has 50 more horsepower than the GEN 2 but I was never able to warm up to the styling. The only GEN 3 car I had was my Competition Coupe, but that was the factory race version of the Viper and looked nothing like a street Viper. I've never owned or even been a passenger in a GEN 4 or GEN 5. I lose interest when prices go to 6 figures but I've got to think the 4s and 5s are far superior to the GEN 2 at all levels of performance. The greatest value looks to be in the 2003-2005 GEN 3 category where you can buy low-mile examples for very low 30's (they only made the SRT10 convertibles during these years). BTW, an old friend of mine put an L-88 from a crashed Vette into a 66 Impala. That thing absolutely roared and was very similar to the GEN 2 in terms of seat of the pants feel. You have nothing but fun choices out there. Happy hunting!

Ive said a million times now - the Viper and Vette
are two completely different methods of getting to
the same destination. The only real difference is
that the Vette wants to be your friend and will do
everything in its power to save your life if you *****
up. However the Viper doesnt care if you live or die -
want to take that drive-thru at 110mph? Sure. Is
that dirt on the road? Sideways. Ect... As long as you
give the car the respect it deserves i think its the
purest, most fun vehicle of modern times.

In terms of maintenance, at a 1,000 miles a year
basic maintenance will be simple and straight forward,
but i dont recommend driving a viper so little. There
are a lot of soft components (like hoses and tires) that
need flexing to stay soft. There are alot of opinions on
whether the Gen2 or Gen3/4 are better drivers cars -
im a big guy and the Gen3+ just doesnt fit me well. I
love my GTS and could literally drive it cross country if
needed - wouldnt hesitate a second.

If its possible you should try to rent one for a weekend,
just to get a feel for what youre getting into. You seem
to be on the right mind track. Anything else we can help
with, let us know!
OP
OP
B

Thanks Guys, I'm sure I'll have more questions but need to learn more before knowing what to ask. I appreciate all the info tremendously and the one very important underlying fact that is repeated over and over is you need to respect this car and its power. If you're a cowboy and overconfident it could be a very short relationship. 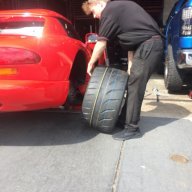 I recently purchased a 2002 RT/10 because I've always loved that body style...very similar to the first Viper (1992) but has many upgrades. Better handling due to suspension upgrades, more power, ABS (2001 and 2002), power windows, hard top, etc. It was the last year of that particular body style and is much more civilized than the earlier Vipers. I could drive it all day long and be quite comfortable. Comfy leather seats, lots of leg room, fun to dirve. Be prepared for lots of lookers, questions about the car where ever you go, people taking pictures and selfies next to your car. Good hunting.
You must log in or register to reply here.

Battery Dead - Want am I in for?

R
What is a fair asking price by a dealer for 2008 SRT Viper?