I recently got an RB1 radio unit and was thinking about going back to a more "stock" style setup on my audio system. My car was pretty much butchered when I bought it already, so there was nothing stock left in it. I've since swapped out pretty much everything that was in the car when I bought it to stuff that fits in the factory locations so you don't really even know it's there. I've got an Alpine single DIN head unit and a 4 channel Alpine amp under the passenger seat that I'm running in a 3 channel config (2 channels for the door/tweeters and 1 channel bridged for the sub). I don't have the small speakers behind the seats at the moment. The speakers I have in the car are all Kicker varieties of some sort or the other as they were some of the few I could find that fit under the factory grilles.

All that said, with the acquisition of the new head unit, I'm looking at putting a factory amp back in the system since I think they will pair better together. I know people dump on the factory system and I know the Viper is not an ideal audio platform (especially with my exhaust), but my dad's stock 03 sounded better than my setup ever has and I'd rather do my best to at least have matched components to give it a chance. I may also try to pick up some speakers to put behind the seats again as that might help with hearing vocals better (like nav directions maybe). However, my main concern is whether the Kicker speakers I have will work well with the stock amp or not. The vast majority of stuff nowadays seems to be 4 ohm, but I didn't know if maybe the Viper ran 2 ohm or something so it could push a little more juice in the smaller package. I know the stock sub was dual coil, but I think I can deal with that easily enough.

Also, while I'm on the topic, anyone have a stock amp they would be willing to part with? Seems there aren't near as many around as there used to be, though I plan to check with some of the big name salvage guys as I'm sure they probably have some. Whoever took out the stock system on my car also just cut the plugs off the amp harness, which is annoying since I'm sure those aren't going to be fun to track down. 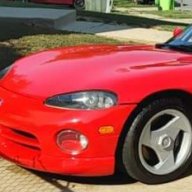 I have a 93 Viper and the radio doesn't work. It's a rear antenna. It works sometimes and others not so much.
OP
OP

So I think I take back my statement about the stock sub being a dual voice coil. I was always under that impression and could have sworn I read that somewhere in the past, but the wiring would seem to indicate otherwise. While there are 4 wires going to the sub connector (the diagram calls them out as L and R woofer), the other side of the connector (the one that actually connects to the speaker) only has two of the wires populated (the left channel if anyone cares). The right channel just goes to nothing, so it seems odd to me they would have even put the wires in to begin with. I wonder if they had different plans initially, like maybe the gen 1 where it had two speakers in the middle instead of just the single sub, but they changed their minds last minute and just changed the speaker connector instead.

Kind of gives me an interesting idea to do something more like the front speakers where I'd have two rear channels with tweeters as the speakers behind the seats and woofers in the enclosure between them. Seems like this would actually make more sense to some degree, aside from having to figure out a new enclosure for two speakers instead of one. 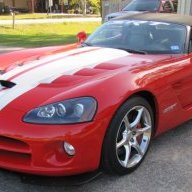 If you are a *** member: https://driveviper.com/forums/threa...er-Upgrade-Option-with-pics?highlight=speaker

Ohms and "juice" are not related the way you imply. 100 watts into 8 ohms is NOT louder or more powerful than 175 watts into 4 or 250w into 2. What you care about is the impedance loading of the AMP. If that AMP can indeed withstand 2 or 3 ohms, anything higher is safe without worry of an AMP melt down. The speaker side doesn't care
H

It's a gen 3. I know the manual and wiring diagram implies the speaker is a dual coil, but the actual wiring in the car would say otherwise.

Here's the manual for the rear sub:

But if you look at the actual plug that goes to the subwoofer, this is what you'll find:

It's a 4 pin plug, but only two of them are populated. I have two of these in my possession and both are the same way. I looked up some pictures of boxes with the stock speaker in them as well and they show the same, so unless something changed between gens, it would seem the rear really is just single channel.
J

The stock subwoofer in my 02 viper is a JL 6WO-4. The 4 indicates it is the 4 ohm version of this speaker.
You must log in or register to reply here.

P
Does anyone have a tune file for an AEM Series 2 for a Gen 3?