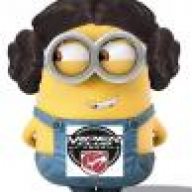 You read that right. The winning bidder takes home a combined 1,485 horsepower: The 840-hp Dodge Challenger SRT Demon, the industry’s first and only purpose-built, street-legal production drag car with the most powerful production V-8 engine and 20-plus industry-first, drag-performance features, leaving its mark as an undisputed muscle car legend; and the 645-hp Dodge Viper, America’s hand-built performance supercar with 8.4L V-10 engine, aerospace-grade, lightweight carbon fiber body, iconic side exhaust and massive 14-inch wide rear tires, leaving behind a 25-year legacy with more track records than any other production car. Both offered in exclusive Viper Red exterior color (production code LRN) as the last of their kind.

“An avid collector could search a lifetime to try to put two vehicles of this pedigree together and never find it, it’s that elusive,” said Steve Beahm, Head of Passenger Car Brands, Dodge//SRT, Chrysler and FIAT – FCA North America. “Pairing the last Dodge Challenger SRT Demon and the Dodge Viper production cars – two of America’s most sought-after vehicles – under the roof of Barrett-Jackson gives someone the ‘last’ chance to own this unique piece of automotive history, and Dodge//SRT the opportunity to raise money for a cause close to our hearts.”

“We couldn’t be more excited to team up with Dodge for another significant sale,” said Craig Jackson, chairman and CEO of Barrett-Jackson. “Over the years, Barrett-Jackson has reached incredible milestones with Dodge, including the sale of a 2015 Dodge Challenger SRT Hellcat (VIN 001) that raised $1.65 million at our 2014 Las Vegas Auction to benefit Opportunity Village Foundation. The sale of 'The Ultimate Last Chance' is a car collector’s dream and we are honored to partner with Dodge and support their philanthropic goals.”

The vehicles cross the block during the Barrett-Jackson Northeast auction (June 20-23) at the Mohegan Sun Resort in Uncasville, Connecticut. One hundred percent of proceeds from the sale go to the United Way.

“By giving both dollars and time, our employees provide a lot of ‘muscle’ to support United Way,” said Brian Harlow, Head of Manufacturing and United Way Chair for FCA US LLC. “To really kick this year’s United Way campaign into high gear, we are excited to offer up even more might with 'The Ultimate Last Chance' auction. Offering the last two of these iconic vehicles in a one-of-a-kind auction package will not only fulfill any car collector’s dreams, but also provide much needed support for those less fortunate.”

Dodge//SRT and Barrett-Jackson have collaborated before, with charity as the winner. A one-of-a-kind 2015 Dodge Challenger SRT Hellcat, VIN0001, raised $1.65 million for charity in 2014 — at the time more than any other car in Barrett-Jackson history.

About the Barrett-Jackson Auction Company
Barrett-Jackson, The World's Greatest Collector Car Auctions™, was founded in Scottsdale, Arizona, in 1971. Its internationally renowned auctions are hosted in Scottsdale; Palm Beach, Florida; Reno/Tahoe, Nevada, and Las Vegas. The events feature hundreds of the world's most sought-after, unique and valuable vehicles where they cross the block in front of a global audience. For more information about Barrett-Jackson and complete event information, visit www.barrett-jackson.com or call (480) 421-6694. Barrett-Jackson can be found on Facebook or followed on Twitter @Barrett_Jackson.

For more than 100 years, the Dodge brand has carried on the spirit of brothers John and Horace Dodge, who founded the company in 1914. Their influence continues today. New for 2018, the 840-horsepower Dodge Challenger SRT Demon, the fastest quarter-mile production car in the world and most powerful muscle car ever, is taking the world by storm, along with the new 2018 Dodge Durango SRT, America’s fastest, most powerful and most capable three-row SUV, and the 707-horsepower Dodge Challenger SRT Hellcat Widebody. These new SRT ultimate performance models join a brand lineup that includes the Durango, Grand Caravan, Journey, Charger and Challenger, including the 707-horsepower Challenger SRT Hellcat and the Charger SRT Hellcat, the quickest, fastest and most powerful sedan in the world

https://www.dodgegarage.com/article/announcements/2018/04/the-ultimate-last-chance.html
You must log in or register to reply here.