Experience on door sag/hang up on GTS

New to the forum! I just wanted to share my experience on dealing with the common door sag/hang issues these cars have. Maybe it can lead someone down a better path. All my research kept me thinking it was a sagging door.

Tip one: It's the door seal, not your door sagging.

This car has a terrible door and seal clearance. Little or no clearance between the door and the seal. With the door properly aligned panel wise, you may STILL have interference between the door seal and door panel, simply because of how close they are by design. Many people will just go adjust the door up to clear it, thinking its a sag issue, but ultimately make the door shell stick up at the quarter because the door wasn't actually the core issue. I'm a stickler for panel alignment, so this was not a solution.

My car had seen the previous owner adjust the door way up. It cleared the seal, but it looked terrible. Once I got the door down to correct alignment, BOOM.... no shut, hitting seal. I thought to myself, maybe the door just seems right because its jumping up on the seal or striker and its actually hanging.... so I removed the striker and shut the door. Door still hit seal, but it seemed very well aligned. At this point, I observed the overall seal and realized just how smashed it was around the striker area compared to other portions. It was clearly sticking out past the metal enforced lip the seal is attached to on the body of the door opening. Once I knew I had a new seal coming, I played around some more.... I simply cut out the smashed area of seal cushion. And, my door shut beautifully and the panel was aligned great. I reinstalled the striker with a small adjustment and the door shut like new. The new seal went in and I made one tiny adjustment in the door as it was just barely skimming the new seal. No sag, perfect alignment, no seal interference.

Cheap and lazy fix: Carefully cut the smashed seal cushion from the main seal lip that secures to the car with a razor blade and move it away from the door or until the seal cushion edge isn't sticking up. Re-glue with 3M super weather-strip adhesive. I did this on my passenger side for a temp fix and well, it worked great for now. Can't even tell.

Tip 2: Your door latch is sticking and hitting the striker. Acts like a door sag issue.

The door latches have some sort of plastic coating over the metal hook/latch that secures it on the striker. On mine, this stuff is wearing out and peeling away from the metal hook, causing it to start to bind when the hook mechanism tries to retract for it to open. On my passenger door, it acted like it was catching the seal or the door was sagging because it was jumping the hook at the striker. I thought it was catching the seal. Once I figured this out, I cut the bad/damaged plastic away from the latch hook, cleaned and lubricated the latch, verified operation and the issue went away. Door closes like new.

This is all not to assume that you don't have a door sag problem, but I think the worn seal is worth every look, as is the door latch mechanism operation!

I'll see if I can document the seal replacement and show the issue in an update here in a week or two when I start to prep for the new season. I'm finally putting in a new passenger seal (BTW, you can still buy OEM mopar seals from an online mopar direct wholesaler... don't spend $350 from a 3rd party Viper parts site). 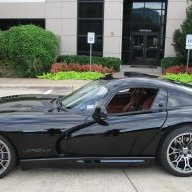 Will those door seals work on a 1999. BTW, great info for getting the doors strait. Thanks
Y

Can confirm the door seal issue. On mine the door seal would catch the door panel when door is aligned correctly. I thought maybe the warping of the panel caused clearance issue
OP
OP
T

ninetyninegts said:
Will those door seals work on a 1999. BTW, great info for getting the doors strait. Thanks
Click to expand...

Yes, I’ve put them on my 1999 GTS actually. I suppose I should be clear this is a GTS. Different seals for the RT10 obviously.
OP
OP
T

yevgenievich said:
Can confirm the door seal issue. On mine the door seal would catch the door panel when door is aligned correctly. I thought maybe the warping of the panel caused clearance issue
Click to expand...

I just genuinely think these cars are too tight with the clearance out of the factory. My door is ever so slightly up and is barely clearing a brand new seal. I can’t see any issue with the door, but who knows. And I don’t think anyone has gone through the lengths I have to make the door perfect! Lol I’m sure I’m not the only one. 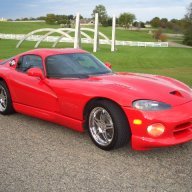 Too tight tolerance? lol Then why does my panel in front of the door have 6 spacers on one side and only 4 spacers on the other?

So I have the same issue with my pass door. I've tried adjusting it many times but it still doesn't seem right. I can close it and it rubs a little on the seal but I can also feel the play in the door when I lift up on the handle when I close it. So how do you know if it's a seal issue or hinge issue?
OP
OP
T

I suppose the cars are hand built and everyone is getting a different situation. I just know it takes next to no sag to start having interference. The door does seem to have some up/down give due to the hinge design just not supporting the weight of the door and I see the same on mine, but it's not terrible. I don;t think the hinge is worn out, per se and especially on a 16000 mile car. I'm just saying, on my car and in my experience, my door properly aligned (with door weight on hinge), striker and latch aligned, I've still got next to no clearance between inner door panel and seal when closing on both sides. It's tight. They could have tapered the inner panel a bit more to help with the geometry and prevent seal interference, because if the seal is even slightly off or smashed, door is sagging, etc.... that panel is catching the seal and it gets bad fast.
OP
OP
T

Tolerances related to door and seal gaps vs. tolerance in accuracy of mounting surfaces and symmetry are two different points and I feel you there. I have the same issue of shim differences on things. Check the steering box mounting washers... LOL
L

How did you reattach the weather strip? Does the adhesive stay sticky after you take it off?
L

GTSnake said:
How did you reattach the weather strip? Does the adhesive stay sticky after you take it off?
Click to expand...

You don’t completely remove the weatherstrip, you just lift the bottom part a few inches on both side of the safety latch
There is no adhesive on that part of the weatherstrip, it’s just a U channel with metallic clips encased in the rubber that grip the body ******

So you file down the sides of the U channel?
L

No, try to picture it, the body ****** is the male part and the u channel on the back of the weatherstrip is the female part. You file down the ******. Just pull up the weatherstrip, once you see what I’m taking about, it’s pretty obvious
Y

That would have worked in my case. Did not think of trying to lower the actual weatherstripping down in that way. Thought door panel warped over time to cause the issue
You must log in or register to reply here.