So Far the prices on Vipers are not that good, another week to go. Check them out.
Dave
L

Saw a 2004 go for $58k yesterday. I didn't catch any details about it though as it was just on a TV out somewhere so I couldn't hear anything. Granted I also don't really follow the market regularly and my only point of reference is when I bought my car something like 8 years ago, so 58 actually kind of surprised me. Back when I was shopping that was closer to 2006 coupe money or even some gen 4s.

I think the 3rd and 4th gen still have a ways to climb on prices in the long run as I don't feel like they have quite hit their niche yet. The gen 5 really spiked when they stopped making them and the earlier gens have really spiked as the kids that had them as bedroom posters grew up and could buy them so I feel like they are more fueled by nostalgia than anything right now (also because they stopped making them). I don't think the gen 3 and 4 have ever really had that nostalgia factor for anyone. They aren't "the original" (gen 1), "the LeMans racer" (gen 2), or "the last" (gen 5). The gen 4 has the ACR going for it, which has always been valuable, but the gen 3 has basically nothing but rarity (compared to other cars, not necessarily Vipers) in its favor as far as collector prices. I think prices might sag or stagnate in the near future when nostalgia wears off and the next generation of buyers starts buying as I don't think they have the same kind of attachment to the car. Feels like the current generation is more likely to buy stuff like Hellcats, Demons, GT350Rs, etc. But in the long run I think they'll go back up as rarity takes over, EVs become more common, and eventually as the first generation of buyer starts retiring and having money to spend on the cars they used to have as kids (like the muscle car boom). You figure they only built something like 30,000 Vipers in the whole history of their production, so that's got to carry some weight. For the most part they rarely even built more than 1000 per year, so any one Viper is still pretty dang unique.
OP
OP
V

Lol, I said "rarely" over 1000, but yeah, there were certainly some years that had way more than others. I think 04 was the other biggest year if I remember correctly and might have been up there in the several thousands kind of numbers. I guess it looks like it was more like 1500-2000 per year on average, so even my "rarely" statement is off, my bad. 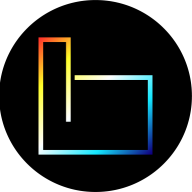 I think Gen 3/4 have a little steeper battle before prices go up. I think chalking up Gen 2’s prices simply to nostalgia is a bit understating as well as Gen 5 just to the notion it was the last Gen.

Most feel the Gen 2 Viper is when they got everything right. Worked out a lot of the kinks from the Gen1 and didn’t have to totally redesign the car just make minor adjustments and somehow made it look even more aggressive. Gen1 will always have the fact that is the first generation and birth of the viper.

I love all vipers. Period. However if I am looking at all generations lined up. IMO Gen 3 lost a lot of its aggressiveness and the things that Vipers were known for. It lost the reverse hood as well as the iconic large hood that wraps around to the fenders. The iconic side scoop was changed as well. I think gen3/4 had a slightly more luxury car feel and less aggressive sport as gen1/2 and gen5. ( gen3/4 coupe brought more aggressive design back). It started to feel more like the Cadillac XLR than outrageous Viper that we know. The rear lost some of its aggressive styling as well until they came out with the coupe in 2006.

I think Gen3/4 Vipers are sick and I was obsessed with them when they first came out too. I just think there is a bit more that goes into the desirability of them than people just wanting gen1/2 for nostalgia and Gen 5 because it was the last year. They will def keep going up in price, not sure if they will ever match the other Gen’s in price but they will definitely continue to climb. But because of Gen3/4 somewhat different look as opposed to the rest of the Generations it could make these have a nice niche market that drives up price.

Gen 5 brought back everything we loved about Gen2 design and then went crazy supercar performance like never before which has now set more track records than any other car.
You must log in or register to reply here.