I am interested in a 2008 SRT Viper Coupe that is being sold by a dealer. The asking price is 85K. It has a little over 12K miles on it. My concern is that the CarFax shows a total of 7 previous owners. More than half of them owned the vehicle between several months and 1 year before selling it. The car went to auction 3 times. Do you consider this to be a red flag regarding this vehicle? I only ask because I am a 2 time Viper owner and when selling my vehicles in the past there seemed to be a lot of concern regarding how many previous owners there were. Your opinions will be greatly appreciated. 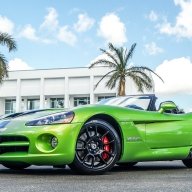 Razor, I know everyone has an opinion, so this is mine. I recently purchased an 08 vert that had 2 previous owners. Each of the owners were long term (7-8 years) and I couldn't be happier with the car. Speaking for myself, I tend to avoid vehicles with lots of short term ownership. The coupe you are considering could be a great vehicle so do your due diligence, get a high quality PPI and proceed with a skeptical mind and if the vehicle has too many red flags, walk away and keep looking...N 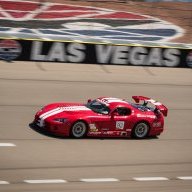 Yeah that's a bunch of owners and like you said that will be questioned by a potential buyer of your Viper down the road.

$85k should get you a nice 1 or 2 owner with lot's of documentation and records. Winter is here and 1/3 of the county have parked their Vipers and the market is softer till spring.

Post a Wanted to Buy, here, on the ***, the viper fb sites, etc. I think you may be pleasantly surprised to find a few nice coupes in your price range. Best wishes!! Mike
OP
OP
R

Thanks everyone! Much appreciated!

I bought a gen 2 with 5 owners. Last 3 were within a few years apart. It was a good deal though and it checks out in pretty good condition. Number of owners definitely affects resale value.

I think when the owners occurred could have something to do with it to, as well as your plans for the car. You figure the market recently was crazy for Vipers, so I could very well have seen two to three sales over just the past few years as people could have been trying to buy and flip them. Also, the Viper really isn't a car for everyone. They are not luxury automobiles as most people think of them, so a lot of people find out pretty quickly that the car just isn't for them, so I could understand that leading to several owners. That happening on the same car is maybe a bit odd though. And as far as auctions, I'm not sure I'd be as worried about that, but without knowing more about who had the car first it's hard to say. If someone traded it in on a different car at a non-Dodge dealership, I think most of the time they end up going to auction. A Chevy or Ford dealership might not want a Viper sitting on their showroom floor next to their sportscars.

The other thing to consider is why you are buying it yourself. If you don't plan to keep it long term and intend to sell it down the road, then I would agree it probably makes sense to buy something that might raise less eyebrows. If you plan to hang on to it for a long time I wouldn't really worry about it, provided the car is in good shape to begin with. I always say I don't buy my cars for the next guy, I buy them for myself. I'm also not really afraid to tackle any job I might need to to fix something that could be broken (aside from body work, I don't have the patience for that, lol). I've rebuilt my engine twice now after spun rod bearings and pulled the entire dash structure out of my car to diagnose a broken temp door on my HVAC box, but I also have zero intention of ever selling my car.
You must log in or register to reply here.

R
What is a fair asking price by a dealer for 2008 SRT Viper?