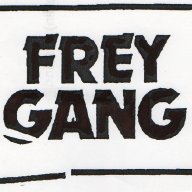 I've recognized some (quite) subdued rattling sound from the drivetrain when the car (2010 SRT-10) is running, warmed up, in neutral and the clutch engaged during the past few days.
Well, I've to admit that I sometimes tend to be way too paranoid when it comes to things like this ... On the other hand I often try to calm down and tell myself that I'm still fairly new to the whole matter and heck - what do I know about Vipers and how things (should) sound/feel in a car like that? Growing up as car guy and working in the industry I understand that the occasional "clank" from the differential is "normal" within reason (big fat Dana-GKN-LSD and tons of torque), but concerning the clutch/transmission noise I'm in need of your help - am I over concerned and should ignore it (another living part of the Viper!) or is there something wrong with it (throwout bearing, input shaft bearing, pilot bearing)?

I'll attach a little recording I've done and there the difference between engaged and disengaged clutch is quite good distinguishable. The noise isn't there (yet) when the car is cold or the clutch is fully depressed (as soon as I lift the pedal and the engine is warm it apperars right away). I'm not 100% sure about the following, but I think that the sound isn't affected by the engine speed (carefully blipped the throttle a few times) and that the "rattling" is also present whilst creeping in 1st gear (under load the engine elimantes all other sounds - that's a good thing!).
I've already planned to change the transmission fluid in the following weeks, but well - I was never a believer of "simple solutions" like that when mechanical noises were involved. So tell me: normal behaviour or not? If so is immediate action recquired/advised?

What do you know about the car as far as modifications and equipment? I know some of the aftermarket clutches sound like a tin can full of bolts, but those are the extreme side of things and would be much more noticeable. There might be something between the stock and that one though, I'm not too sure. I think I could hear some of what you are referring to in your recording, but there's so much low end bass that it's a bit tough to make out. Doesn't sound like the clutches I'm thinking of, but again, there might be some others out there. It could also just be as simple as a loose panel. There is a full belly pan on the bottom of the car that has something like 2 dozen bolts holding it on. You might double check all those bolts and see if any are loose. That could easily cause a vibration as well and that big pan is like a huge drum or speaker.
OP
OP

Hi,
thanks for the quick reply. And sorry for the low volume ...
Yeah, I've forgotten to mention that everything on the car (exept the plenum) is still stock and the current mileage is around 4400 mi (so clutch trouble is very unlikely, but still possible when "heavily abused" in the past so to speak). I do all the service by myself (my dad was a car mechanic, I'm working in the engine development area for an OEM and we've got a nice service lift in our "barn") - thus I could assure you that the belly pan is 100% torqued to spec :-D

In the meanwhile I've done some research and found some other people with NGR (neutral gear rattle) - seems to be standard for most Vipers ;-) One thing I realised whilst reading your post is that maybe the cables from the front splitter could be a little bit loose (clattering aero group wouldn't be unheard of in this segment).

Once again: Thanks for your insight and best regards,
Kevin

Yeah, I understand what NGR is now since I put a T56 in my 67 Dart. I guess you could double check what oil is in the transmission. The original Vipers (and most other T56 variants in the world for that matter) use ATF as a lubricant and I have that in my Dart as well. Sitting in neutral you can hear the gears whirring away pretty easily. The later Vipers went to something a little more like gear oil that was thicker and helped to quiet that down. I think that was still the factory fill on gen 4s, but even with the low miles it's possible someone might have replaced it just based on age or precaution from sitting (or preference I guess). If you can get the fill plug out and get a finger in there or something that might tell you what fluid you have. I don't know if the TR6060 exhibited the same rattle as the T56, but it wouldn't surprise me. I think the only real changes between the two were a beefed up case and some slightly different upper gear ratios.
I

Could be the throw out bearing and or clutch diaphragm.

Do stock throw out hearings generally make a noise? I know for other cars aftermarket ones tend to be noisier. Older clutch diaphragms could be cracking, potentially pieces falling off around the springs which could make sounds on any clutch state or only in engagements.

If the oil isn't changed every year and is neglected there could be some excess wear on the internals of the transmission. Were different brands of oils used between changes? Some can simply be noisier than others.

The throwout bearing comment reminds me, does the noise go away after it has warmed up or been driving around some? The T56 swap I did in my Dart kept a Viper throwout bearing, but whenever it sits for an extended period something grinds horribly when I've got the clutch pushed in for the first few shifts. Goes away after just a few minutes of running so I never really have figured out what it might be.
9

Regarding the ****** rattle on occasion. Happened with my ‘97 coupe. Read the owners manual which told me this is normal - so not to worry!!
You must log in or register to reply here.

What is normal Valve train noise?