Thank you for the great ride

I am not planning on renewing my membership for next year. Although my avatar states I have been a member since 2002, I have been a member much longer. I have had the privilege to have owned and driven seven vipers over the past 23 years ( 1994 RT/10, 1997 GTS, 2000 GTS, 2003 SRT-10, 2006 First Edition, 2008 B/W convertible SRT-10, and 2008 ACR). The 2017 / 8th viper is in chassis currently at CAP. Over the years two of my vipers graced the front covers of VCA magazines and in at the Generation V reveal in New York, I was interviewed by TheGarageBlog on the new viper and my love of them. I have driven my vipers and have put over 500,000 miles in summation on them. There were no garage queens or weekend warriors for me.

I want to thank the VCA for the great ride and the opportunity to meet and be with a great group of people.
U

I hope you enjoy whatever awaits in the next chapter. Since you have a car on order, I assume you'll still be driving them.
V

doctorbob,
You will be missed. I hope you plan on sticking around, at least to provide some of your wisdom and Viper knowledge to all of the new owners here.
And, of course, you are always welcome to come back anytime - even if you don't own a viper. Because you were once a member of VCA, you are entitled to a LegacyMember membership. 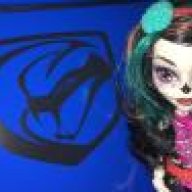 Doctor Bob, I don't know the reason for your departure but maybe someday you will find your way back here. The VCA has had many hurdles over the last couple of years.
Hurdles that were not of our own doing. One of the major hurdles has just been conquered . I wish you well and good luck with your new ride. Be safe.

Broom
You must log in or register to reply here.

Data sheet for my car!