I was changing the battery on my 94 rt and I noticed a bar not sure what it is kinda small and the boot or cover was falling apart. What is it? And is it easy replace? Thank you in advance I appreciate the help.
You must be registered for see images attach

They potentially go by several names, but sway bar end link is probably the most common. Could also maybe be called anti-roll bar links or something like that. You generally have to replace the whole link as I don't think anyone sells just boots for them. Should be easy enough to do though, just a nut on either end. They are like little mini tie rod ends or ball joints. Can potentially be a little tricky to pop the taper if they are really stuck, but if you are replacing them anyway you don't have to be quite as worried about beating up the threads. 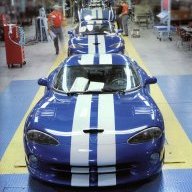 I bought a couple boots from a seller on eBag. The main problem, they are overseas and it took a couple weeks to get them. So if you have time and your links are not worn out;
Dust_boots
OP
OP
T

Ok I really appreciate it were can I purchase ?

He linked it at the end of his post, a bit hard to see. That's pretty cool though, didn't know anyone made them separately. I might have to look into that, though I think some of my links might have been bad for too long to save with just a new boot.
You must log in or register to reply here.