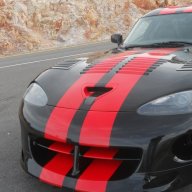 Then it occurred to me if E85 was used instead of gasoline (car remains fueled on gasoline) for the wet spray, that just might eliminate the need to pull timing.

I have not found much on the internet because when you search for "E85, nitrous" you typically end up with guys who have changed their car over to E85 and are then adding nitrous.

Clearly having a 1-2gal fuel cell in the trunk, makes things more complicated, but E85 is a no-brainer when compared to having to find methanol for a water/methanol injection system which would also probably eliminate the need to pull timing. So I guess if you don't want to pull timing, it's either an E85 wet spray tank OR a water/**** injection system tank.

I think I've heard of similar being done with just race fuel instead of E85. Same idea though. You're just using a higher octane fuel for the extra nitrous fuel. You might try looking that up instead of E85 just to see what people have found (race fuel injection with nitrous). Then it's more just a matter of comparing the fuels. I know our Formula SAE team ran E85 for the higher octane benefit so we could try to push compression and timing, but I don't know how it stacks up against a pure race fuel.
You must log in or register to reply here.

Dec 19, 2022
SketchyPete
S
2
Fuel pump for those with a Paxton/Novi and stock Gen3 rotating assembly?