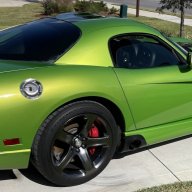 I have a 2008 Gen IV Viper that I am replacing all speakers. I will post all Speakers, locations and brands for each location. I would be interested to hear from others who have also done the same.

I've pretty much done this on my gen 3 at this point. The tweeters in the dash are the biggest problem though as they are somewhat uniquely designed to have the mounting plate integrated with the speaker. It's very hard to find an aftermarket tweeter small enough to fit in the hole and still have it point at you.

That being said, I went for the "factory fit" approach as much as possible. By that I mean I picked stuff that would fit in the factory positions under factory covers, so it might not be the highest quality stuff I can find, but it certainly sounds better than the junk full aftermarket setup that was in my car when I bought it. The tweeters were Kicker KS150s or something like that. I think I still have the box downstairs somewhere. I modified them to cut the case off and mounted them using a ***** hole they had in the back and made a metal plate to ***** them to on either side. Now that I have a 3D printer I would probably look at doing something with it to make a better mounting setup. The door speakers are something like Kicker KSC650s (they are just the older model, don't recall the exact part number off the top of my head). The Viper is unique in that it doesn't use the typical 6.75" round speakers, it uses a 3 hole 6/6.5" design. Looking at the design I think you'd have to cut the little tabs off that are there for the 6.75" mounting, but mine didn't have that at the time. I waffled between cutting the tweeter connections on the door speakers and not. Theoretically you don't need them since the dash ones should be doing that work, and I wasn't sure how the small passive crossover on the speakers might mess with the other crossovers I had in the car. I used a Kicker 6.75 CompRT slim subwoofer in the factory box for the sub. My car didn't have a factory amp originally, so I had replaced it with an Alpine MRP-F300 that fit under the passenger seat in the same spot with a random set of crossovers that were in the car when I bought it. I fought and fought with this setup and tried tuning it a but of different ways, but never really got anything super great. It wasn't bad, but honestly, the factory system in the 03 my dad had for a while sounded more powerful to me, so I'm not sure why people give them so much grief other than maybe being a bit fragile. I also had an Alpine CDE-HT137BT head unit.

Since then I've swapped over to a factory RB1 head unit for the nav and managed to find a factory amp. I also never had the small speakers behind the seats, so I picked up a set of those. This is my current setup and I am really happy with it. I get more power and better clarity out of the whole thing. I think one of the big things is I'm fairly sure the factory amp has all the channel leveling and crossover already built into it. That really helps put the power where it needs to go, even if it's not huge power numbers. It's not nearly as customizable of a setup, but to me at least it sounds way better than anything I've had in the car before it and it all fits in factory locations and uses factory wiring. One thing that is interesting with the sub though is that the factory wiring diagram and the actual car do not agree. The diagram shows a two channel sub (like a dual voice coil maybe), but the wiring does not support that. There are two channels coming out of the factory amp to the sub connector, but the connector on the sub side only has one channel of wiring in it. I don't know if Dodge intended to have two speakers back there at one point and changed their mind late in the game or what, but I have two different connectors from two different sub boxes and both are the same setup. Just something to keep in mind if you intend to keep the factory amp. I am also planning to get a GROM aux input kit for the factory head unit at some point. This more or less gives you modern BT and aux input kind of functionality through the CD changer interface on the radio.

So all this said, I'm not sure what you're going for, so take everything with a grain of salt. I like to think of myself as someone who enjoys high quality audio, but I'm also not the type to spend thousands on a concert level system. I want good value for the money and I value quality over raw power. I also realize the Viper is just not an audio platform and has limited space to do anything. My cam and exhaust also make any audio work far less impactful. Sitting in the car in the garage it sounds great and has plenty of power, but the second I start the engine all the bass gets drowned out. I now at least have the clarity to hear songs on the highway and actually pick up the lyrics, but it's not like the Jag XKR I had where you're riding in a bubble and can really enjoy the good radio it had.
OP
OP

Thanks for the Reply. I actually found your Thread and enjoyed reading it right after I posted. I am doing several things to my car as well and just posting what "I am doing" and the dif choices "I am making" etc to give people options similar to yours. I will post pics as well.

These are the speakers and links to what I am installing a couple similar to yours.

The only way to describe these would be simply They are twice as powerful and 2 times better sound quality then others out there Hence the price dif. Audison and Focal are two of the best brands out now in my opinion. You will only have to slightly modify the fit in dash but there is plenty of room and space under the grill cover.

These should be an exact or close to exact fit but a huge upgrade from the factory. 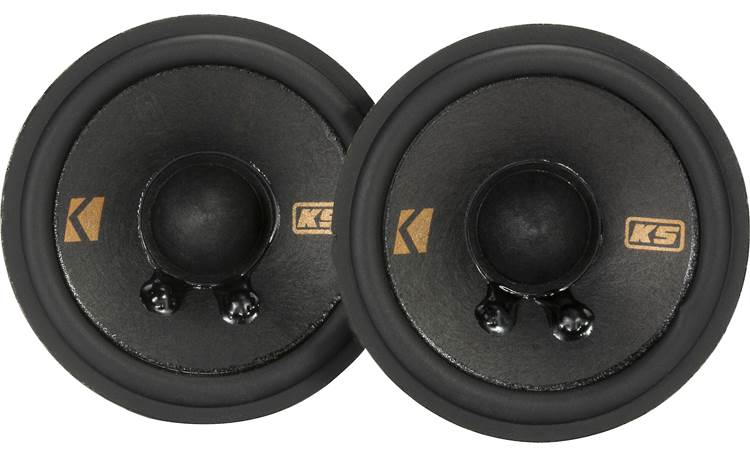 Rear Middle sub Using the same Kicker sub I believe you did. It is shallow mount and is the best fit in my opinion as well.

This is just a sub that is a direct fit and pretty self explanatory.

Right now there is an upgraded Alpine head unit that I will be replacing soon as well with bluetooth and will Update once the choice is made. Still have the factory amp that will remain as it is still very good and all that is needed. The last Add on will prob be Rockford Fosgate inclosed and pre amped slim angled 10" sub punch box.

The Punch P300-10T is a universal "all in one" solution for dropping Bass in any factory or aftermarket system. This model features a 10" high output woofer with a 300-watt internal amplifier in a slim design enclosure that's great for universal truck applications. The enclosure features quick...

Cool! Looking forward to seeing how it works out for you. My car actually had a set of Focal tweeters in it when I bought it, but they were huge 1.5" or more units that were literally just laying in the dash under the grilles facing up. I may have to think about those rear deck speakers as well. I managed to find a set of factory ones still for sale from a dealer parts website and took those as the easy route for the time being. I agree they don't exactly seem like much for quality though. May try swapping them out later after seeing how it goes for you. Been debating the door setup ever since I got the factory amp going again. I'm inclined to use a component system to eliminate the tweeter in the door on the coax speakers I've got. I tried running them connected and disconnected and can't remember how I left them. I was wondering if a full cone speaker that didn't have the tweeter column in the middle might perform better for the midrange.

Were you planning to run the included crossovers on the Audisons or are you going to rely on the factory amp? I imagine it must have something built into it since it's already splitting a standard 4 channel input into a 6.1 variety setup to some degree.
OP
OP

Right now I am going to try to just run simple through the factory amp set up and see how it sounds. Also going to reconfigure the tweeters to face "up" and lay flat so they project off the windshield "like modern sound systems" instead of playing right into the dash for better sound. For sure The audison 6.5 will have a much better sound and REALLY good base and kick in the door.

You're really tempting me with those speakers, lol. I wouldn't mind a little more low end out of mine to see if I could hear or feel it over my exhaust. I've looked at trying to buy component style midrange speakers that don't have the tweeters on them, but they pretty much always seem to sell them as a kit with tweeters and external crossovers. I don't need all the extra pieces and cost.
OP
OP

Add the Audison and if everything else sounds great and you really just want add this. This is all you will need. Punch 10" 300-Watt Powered Truck Enclosure | Rockford Fosgate ® put it in the trunk...Had it in my 95 Bronco incredible sound and base.

The main problem I have is that I've got a convertible and the rear trunk is a completely separate compartment that's sealed off from the passenger compartment. I had a small JL Audio W series sub in the car when I bought it. They originally had it in a footwell box on the passenger side, but it took up too much space for anyone to ride comfortably. I tried building a box and putting it in the trunk, but it was so isolated from the cabin that you really didn't get anything out of it. That's one of the nice things about the coupes, you have some more options back there.
You must log in or register to reply here.