So around this time last year I spun a rod bearing on a track weekend. I got the car home and started pulling it apart to get an idea of the full extent of the damages and got fairly lucky in that it seemed like the rod bearings were the worst of it. The crank was salvageable with a 0.010" cleanup and the block actually still looked okay. With 125,000 miles on the clock I decided to go ahead and replace all the seals and other wear parts though for some peace of mind. However, when I went to put the cam back in I found a flat spot on a lobe and some damaged lifters, so that began phase 2 of my rebuild.

I have always been tempted by a heads and cam build, but I know I wouldn't use the power much more than the one track weekend a year I do, and I wasn't sure I could justify the financials. However, when pricing out a factory replacement cam I quickly found out that an aftermarket one was just as costly, so I decided to go with a bit of an upgrade. I talked with Dan Lesser at Viper Specialty and went with a custom grind he uses on gen 4 head swap packages. I was keeping my gen 3 heads, but got them cleaned up at a local shop with a few new valve guides to replace out of spec ones and fresh seals and springs as the new cam required a little more than what the stock ones could provide. A fresh set of slow bleed lifters (I would have reused what I had, but couldn't find piece part replacements for the few bad ones I had) and hardened pushrods rounded out the valvetrain upgrades.

The car was already sporting a set of M&M headers and Borla 2.5" catback exhaust (with no cats due to the headers) and a K&N intake, but was otherwise pretty stock. I finished the rebuild in late December and have been sending logs back and forth to Dan to get the tune dialed in. I've probably got around 1000 miles on the rebuilt so far. This week I finally got a chance to take it to a dyno to get a baseline on the WOT tuning and was pleasantly surprised. My car has always dyno'd reasonably strong with the most recent numbers being 470/510 with just the intake, exhaust, and a no name tune that came with the car. After a few bursts on the dyno my birthday came early as the car put down 530/550 on the starting tune we have on the car. It's almost like I took out a gen 3 engine and put a gen 4 in its place. To my knowledge the car has never had any headwork done, and the only thing I had was a valve job, so that's more or less just cam, exhaust, and a tune.

A big continued thanks go out to Dan for all the help he has given and the questions he has answered for me. I know I'm not the typical customer as I was doing a fairly stock style rebuild and doing it all myself when his shop is more known for being a "no limit to your dreams" kind of setup, but Dan has been great to work with and I'm looking forward to continuing to get the tune dialed in. It's been great to have my car back and hopefully this goes to show that a garage build (literally) can put down some decent numbers if you're patient and pay attention. 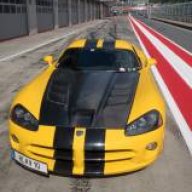 Did you do all the installing and adjusting stuff (cam, crancshaft) by your self? I'm doing right now the heads (headgasket seems to be broken) and thinking about a new camshaft too.... but find any manual or installing instructiins.... specially in Austria
so maybe you have some documents and instructions or experience for me to share?
thanks Stefan Rosenauer
OP
OP

Yep, I did everything myself aside from rebuilding the heads. I took those to a shop to get cleaned and checked and ended up having to replace a few valve guides. I don't have machinist equipment available to me, so stuff like that I had done, but all of the other general assembly that just took hand tools I did myself. For the most part I just followed the factory service manual. It is actually very detailed and a super handy thing to own. They do a really good job breaking down the systems and how they operate. I did also buy some of the factory Miller specialty tools for the job. You could potentially use other stuff, but I've learned over the years that a few extra bucks spent on tools up front can save a lot of headache later on. The main one I used the most was the crankshaft gear puller and installer. I did have to modify it slightly though as there is a piece that goes into the crank bolt hole that the puller presses against, but mine kept jamming in the end of my crank. I ended up drilling a small hole in it and threading it so I could pull it back out. I think that threading changed over the years though, so could just be I had an oddball.
You must log in or register to reply here.

D
Gen 1 with heads and cam