Have a 2001 gts viper.wonderful car, beautiful to drive,but.when slowing down to drive through towns along the highway, the motor slows down normaly til it gets to about 1100 revs. Then it drops to an idle, about 4to 500 revs,so quick one would think the ignition was turned off.This occurs without the throttle moving at all. Then it slowly climbs back to about 1100revs.Then this is repeated for as long as ones patience can put up with it.It has all new sensors,
I think i read some one call this ''viper death roll'' or something .? very annoying.

I don't know what all entails "all new sensors", but have you tried cleaning or replaced the IACV with a new unit? Last time you changed spark plugs and checked resistance on each spark plug wire to ensure they're within spec?

Every once in a while (more noticeably on humid days it seemed like), my 04 would do some weird idle surging like that as well. I never did figure out exactly what it was, but I've also had it retuned since then after a rebuild and cam swap. It was almost like it didn't know whether to go into idle control or not. It seemed like it only did it if I coasted down from moderate high speed in neutral though (like going from 55 down to 45-30 by just putting it in neutral. If I slowed down in gear it seemed to keep its head. Mine was not a slow climb back up to 1000 rpm or so though, it would just bounce back and forth between 500 and 1000, maybe once a second or so. I don't think it ever hurt anything, was just kinda weird. I wonder if the TPS range is off slightly? Especially if you just put a new one in. The computer might be expecting "0 throttle" to be a lower voltage than what you're actually getting, so it never thinks you're actually going into idle or something, but that's just a wild guess. 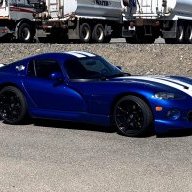 I had something very similar on my 97. In my case when the RPMs would drop and the engine would often die. To correct my issue, I had to replace my Idle Air Controller.
OP
OP
D

NEW IDLE CONTROL MOTOR, NEW TPS,NEW MAP SENSOR.PUT THE OLD ONES' BACK ON TO SEE IF I MIGHT HAVE RECEIVED A CROOK ONE. NO CHANGE.I PURCHASED FRONT O2 SENSORS FROM ''CHUCK TATOR'' AFTER I PUT THESE IN THE CAR RAN BEAUTIFUL.THEN I HAD THE BATTERY DISCONNECTED FOR 2 WEEKS.SO NOW IT IS BACK TO ITS' OLD TRICKS AGAIN.PUT ANOTHER 2 FRONT O2 SENSORS IN, AS THIS FIXED IT LAST TIME, NO LUCK NO CHANGE
THANKS FOR YOUR INPUT
REGARDS Dundiggin
B

Dundiggin said:
NEW IDLE CONTROL MOTOR, NEW TPS,NEW MAP SENSOR.PUT THE OLD ONES' BACK ON TO SEE IF I MIGHT HAVE RECEIVED A CROOK ONE. NO CHANGE.I PURCHASED FRONT O2 SENSORS FROM ''CHUCK TATOR'' AFTER I PUT THESE IN THE CAR RAN BEAUTIFUL.THEN I HAD THE BATTERY DISCONNECTED FOR 2 WEEKS.SO NOW IT IS BACK TO ITS' OLD TRICKS AGAIN.PUT ANOTHER 2 FRONT O2 SENSORS IN, AS THIS FIXED IT LAST TIME, NO LUCK NO CHANGE
THANKS FOR YOUR INPUT
REGARDS Dundiggin
Click to expand...

You mention that the disconnected battery is the only “new” thing that has occurred. I’m not familiar with the computer(s) on your model year, but maybe you just need to take it for a nice drive under various basic driving conditions to allow the car to reset its operating parameters.

I’ll also add: As MoparMap noted, my Gen III idle sometimes also acts strange when it rains and just after it rains, I have no idea why. When I pull in the clutch the idle hunts a little and stays somewhat high before falling to where it should be. It’s troubling and annoying but I’m sort of getting used to it.
Last edited: Jun 6, 2021

If the gen 2 is anything like the gen 3, it has to learn the idle positions on a computer reset. You probably just need to drive it around a bit to let it figure things out. Whenever I put a fresh tune in my car when I was working on getting the new cam setup dialed in, it would die on me if I coasted in gear down to a stop and clutched right at the end. There is a "minimum idle air" value the computer learns after running for a while. I think there might also be a TPS relearn function to learn the voltage limits of idle and WOT. I don't have a service manual for a gen 2 though, so don't know if it does this automatically or if you have to do something. I've heard stuff like turning the key on and off a few times (without starting the car) then hitting the throttle to the floor and releasing it, but could all just be rumor.
You must log in or register to reply here.